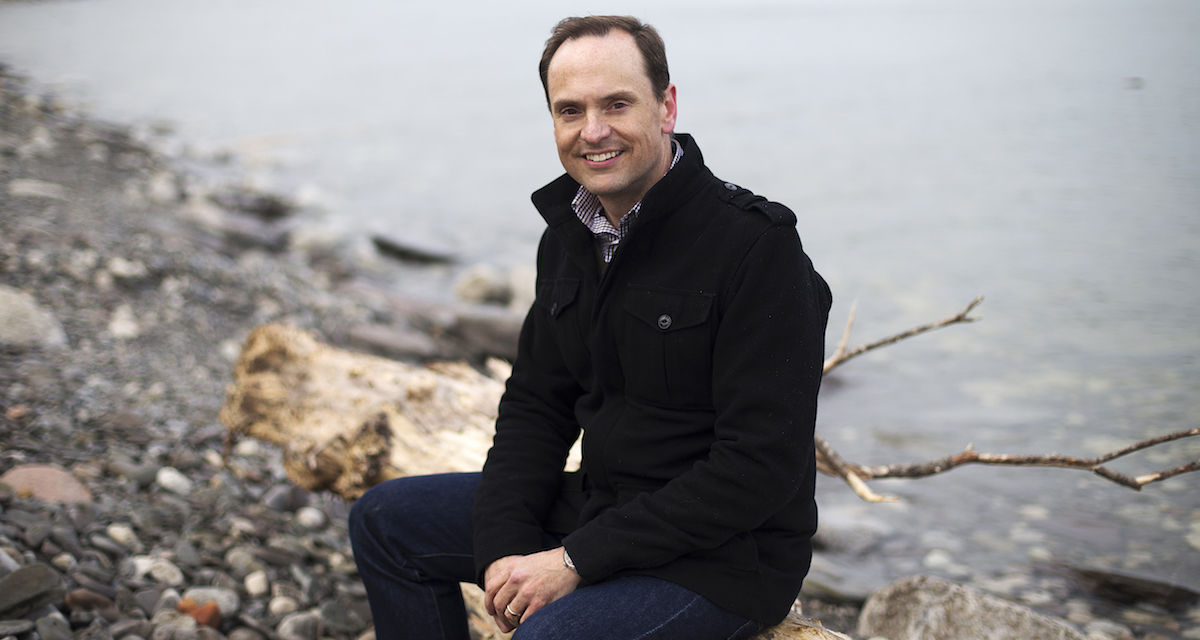 Last week during Connect 2018, a college visit day dedicated to helping future Gordon students explore their calling, World Vision Canada CEO Dr. Michael Messenger ’90 visited campus for a Conversation with the President. In this discussion with President Michael Lindsay, Messenger connected the idea of personal calling to current humanitarian crises across the globe.

Messenger began his story by recalling his earliest ideas about calling. Before college, he assumed that he would follow in his father’s footsteps by entering the medical field. The field of medicine was a comfortable and expected calling for him. But it was not the calling God had in mind.

While a third-year student at Gordon, Messenger’s world seemed to collapse after his father’s death due to having been infused with HIV during a surgery several years prior. The loss led Messenger to realize the comfort of the world he had grown up in was somewhat of an illusion.

Looking back on this tragedy, Messenger says he saw how “God used that brokenness and allowed it to guide me and challenge me,” and how it led him to reach out to and advocate for others who had experienced suffering.

“The world is shifting,” he said, and “we can’t just fix the symptoms of poverty in the developing world; we also have to look at the policies that cause poverty or actually keep people poor. . . that’s become a really critical weapon in our arsenal of trying to fight poverty.”

Messenger stressed that forming relationships with people across the world often leads to a better understanding of the policies and decisions that cause poverty, and can help prevent them from continuing.

For Messenger, things came full circle during a visit to Northern Uganda––the world’s epicenter for HIV and AIDS––where he encountered a single mother who, while still trying to care for her children, was slowly succumbing to the same illness that claimed his father’s life.

“I realized there was a point of connection,” Messenger says, “and that God had brought me full circle so I could say. . . that I understand the pain and grief that this woman is experiencing, even though I’m from the other side of the world.”

“That’s the hardest part of my job—connecting with people in unimaginable tragedies,” he says. “But it’s also the best part of my job because I know that they are welcoming me into their suffering, and I think it’s through that relationship that we can really make a difference.”