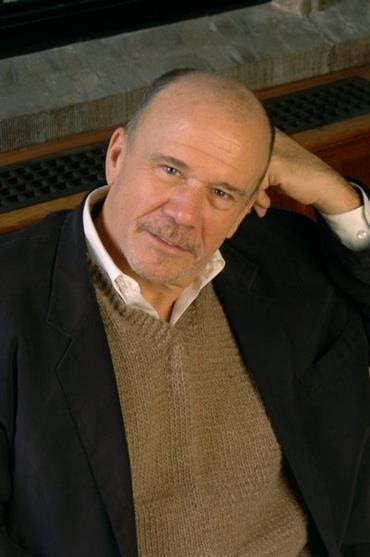 In such a diverse country as the United States, globalization has led Americans to develop familiarity with ancient Eastern traditions, such as yoga. It is not uncommon for an American to attend a Bible study one day and practice yoga the next. Richard Seager, historian and professor at Hamilton College in New York, is fascinated by these sorts of cultural encounters in this age of globalization and religion in the United States.

Earlier this month, Seager visited Gordon to deliver a lecture titled “Historical Perspectives on Interfaith Dialogue,” as part of the Center for Faith and Inquiry’s Faith Seeking Understanding lecture series.

As the Bates and Benjamin Professor of Classical and Religious Studies, Seager’s areas of expertise are Buddhism and other religions in the United States, and Mexican-U.S. immigration and border tensions. In 1999, Seager published Buddhism in America, a fascinating study of the popular rise of Buddhist religion and traditions among contemporary Americans. His most recent book, Encountering the Dharma, investigates Soka Gakkai Buddhism.

Seager’s first books, however, were focused on the World’s Parliament of Religion that took place in Chicago in 1893. His lecture on interfaith dialogue provided an overview of this event and how it has shaped religious dialogue across the world.

The World’s Parliament of Religion was a major event that took place amidst breakthrough technological and industrial advancements in the western world. The approaching 20th century was expected to be a new era of peace, and the United States was working hard to overtake Europe as a major economic force.

The event was intended to “unite religion against non-religion,” Seager explained. It drew prominent religious figures from across the globe. It showcased mainstream Protestantism and Roman Catholicism, and gave a voice to the American Jewish community, Islam, Buddhism and Hinduism. It was an opportunity for minority religions to emerge from the margins.

While Protestant churches were the “custodians of American culture,” Seager asserted, representatives from South Asia were extremely popular at the Parliament. Their appeal was not merely religious, but cultural and political—as citizens of a former batch of colonies, Americans could sympathize with Indians living under the control of Britain. This era saw an emergent Asian nationalism.

Eastern religions such as Hinduism and Buddhism consequently became popular among Americans seeking an alternative spirituality. Indian mystic Swami Vivekananda became a wildly popular role model for a lifestyle of meditation and yoga among Americans. In India, he was a champion of the Hindus against British imperialism.

The World’s Parliament of Religion was a vastly overlooked event until 1993, when historians began asking questions about its ramifications in contemporary religious dialogue. Today, interreligious conferences continue to take place. Salt Lake City even hosted a Parliament of Religion this past year! This enriching lecture was eye-opening to many students and professors as we contemplate how Christians should engage with other religions that are becoming increasing popular in our country.

by Nora Kirkham ’16, history and English language and literature