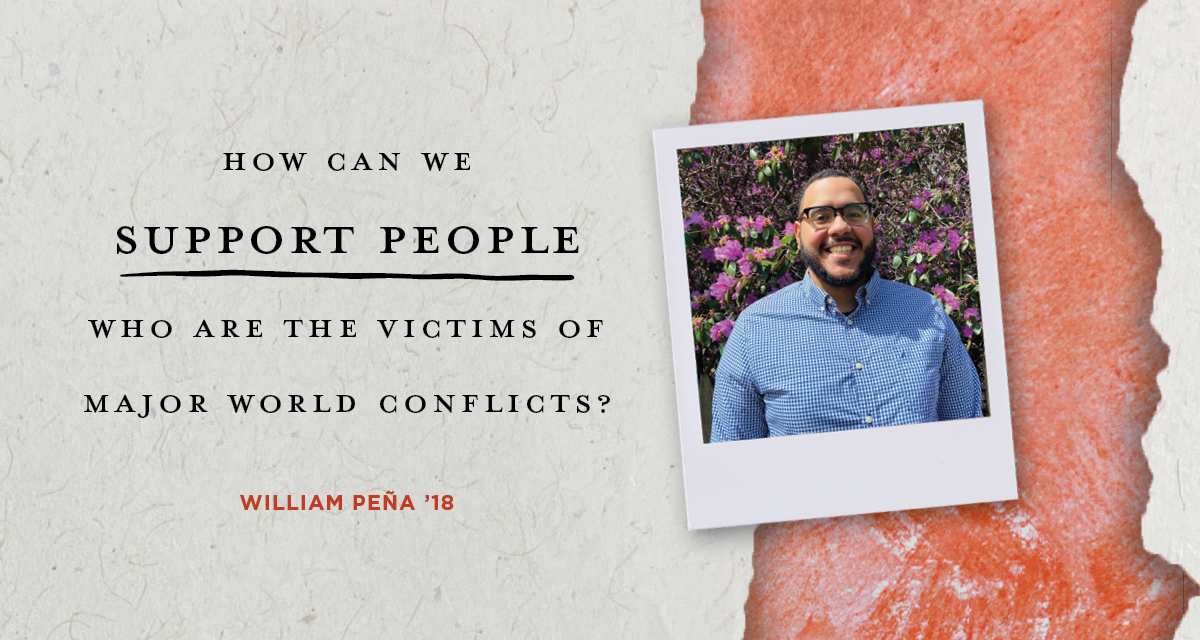 Changing the World Starts With Changing One Person’s World

To become a refugee or asylee in the United States, a person must pass what U.S. Citizenship and Immigration Services calls a credible fear interview. They must convince asylum officers that if they were to be deported back to their home country, they would face persecution, torture or certain death. “The bar for these interviews is morbidly high,” explains William Peña ’18 (political science), the program manager for citizenship and immigration services at the New American Association of Massachusetts (NAAM). While he does his best to respect his clients’ privacy and experiences of trauma, these stories are often central to the immigration paperwork Peña reviews on behalf of his clients who come to NAAM to receive free legal services.

In this role, news headlines about gang violence in El Salvador or the war in Ukraine bring to mind his clients’ faces and stories, leading Peña to ask: Why do these major world conflicts happen? And how can we help people who are the victims of these conflicts? “I try to wrap my head around it, but it’s often too complex, too grey and too big to understand,” he says. Some questions are like a desert mirage a person moves toward, but never reaches. Still, along the way, Peña finds consolation in his work—in watching his clients’ children grow up and in receiving photos of his clients posing with the tiny American flags they receive in their official citizenship and naturalization ceremonies.

“I’m aware that I’m just a small cog in the massive system that is world governments and politics,” says Peña. “What I do doesn’t change the whole system, but it changes my little corner of the world. I’m able to deal with these questions by reminding myself why I’m here.”

For Peña, the questions that haunts him most are also the ones he tries to make obsolete through his actions. He cannot stop these conflicts at ground zero or solve the issues that cause migration, but he can try to give his clients the option to build a new home here, at least for a year and maybe even a lifetime.