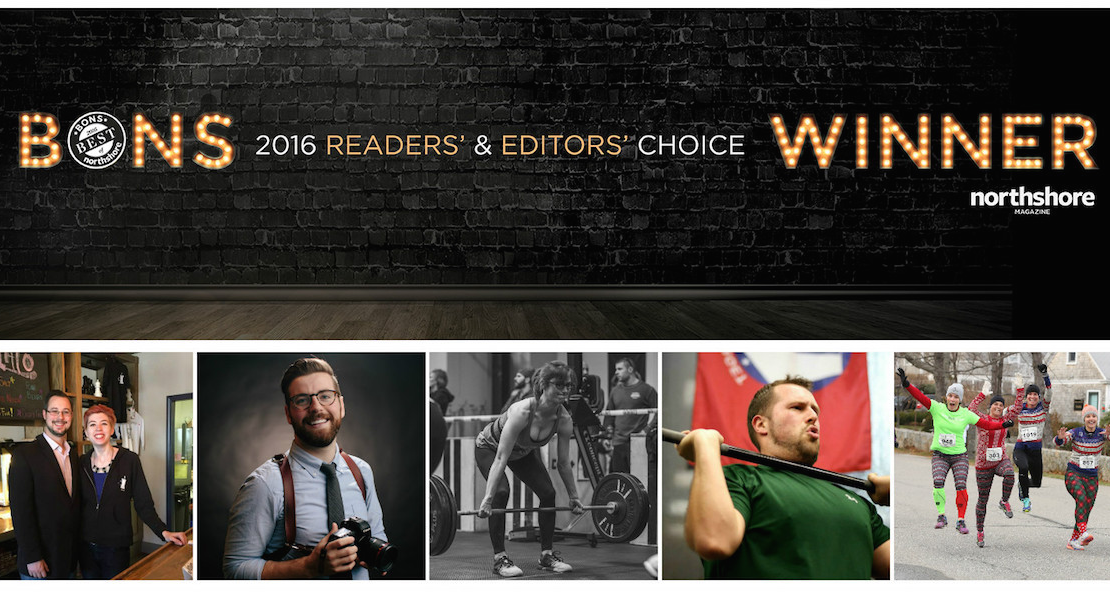 The businesses of six Gordon alumni have been named the Best of the North Shore (BONS) by Northshore magazine. The 11th annual award features reader and editor picks for the best places to eat, play and indulge on the North Shore of Boston. This year, 150,000 votes and a cast of editors determined the 250 winning organizations for eight main categories, including 170 sub-categories.

For the best Games/Trivia Night under the “Mingle” category, Kevin ’09 and Ryn ’10 Grant’s The Castle: A Board Game Café took both Editors’ Choice and Readers’ Choice awards. When the Castle opened its doors in December of 2015, it immediately drew a steady crowd of game aficionados to Rantoul Street in Beverly. As patrons sip lattes and munch on paninis, they sample from the Castle’s extensive game library (currently consisting of nearly 500 board games). In addition to co-running The Castle, Kevin also serves as media support specialist for the Center for Technology Services at Gordon.

In the “Live” category, Mark Spooner ’14 earned the Reader’s Choice award for Photography. Never without his camera(s), Mark has spent five years growing his photography business and uniquely capturing the visual stories of weddings, engagements and families. He is also Gordon’s staff photographer and social media strategist.

Sarah Welch ’08 and Greg Hood ’05 took home the Readers’ Choice award in the “Renew” category for CrossFit. Together with their spouses, Chris and Maggie, and another friend, they co-founded and continue to operate CrossFit Five Plus in Beverly. Greg is a physician assistant at Lynn Community Health Center and the business manager at CrossFit Five Plus. Sarah, a holistic health coach and nutritional counselor, ensures that clients work toward total health and wellness, not just physical fitness. This fall, she will join the Gordon community as resident director for the Road Halls and wellness coordinator.

YuKanRun, run by Rich Morrell ’92, doubled up on Editors’ Choice awards in the “Play” category as the summer and winter winner for Community Walk/Run/Bike by Season. YuKanRun hosts seven yearly events with a total of 13 races throughout the North Shore, including the winning Twin Lobster Half Marathon and 1-Mile Race (June) and Happy Holidays Half MerryThon (December) in Gloucester.

BONS winners will be featured in the upcoming August 2016 issue of Northshore magazine and will be recognized at the Annual BONS Celebration at the Misselwood Estate in Beverly next month.