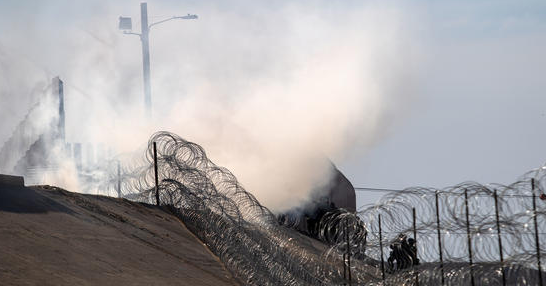 We live in a politically polarized era, and no issue has been more prominent in the new politics of division than illegal immigration. From immigrant caravans, to border separations of children from parents, to DREAMers caught in the political crossfire, the issue of immigration is dominating the headlines and motivating voters like never before. But where is the evangelical church in this moment? The news media constantly remind us of exit polls showing that 80 percent of whites who self-identify as “evangelical” support Donald Trump. But what about evangelicalism as a faith community that transcends racial or ethnic categories, not just as a political faction of white voters? 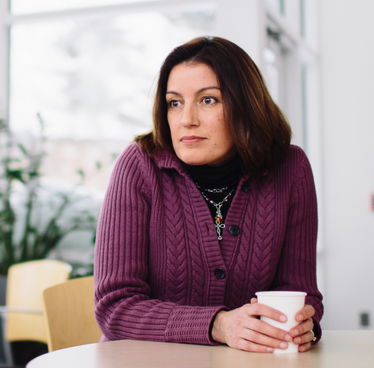 In Evangelicals and Immigration, political scientists Melkonian-Hoover (Gordon College) and Kellstedt (Wheaton College, emeritus) offer an historical overview of Christian activism and lay opinion on immigration in the U.S. They rely on original interviews with Christian leaders, data from original church surveys conducted by the authors, and secondary analysis of several national public opinion surveys.

The topic of immigration is at the center of contemporary politics and, from a scholarly perspective, existing studies have documented that attitudes toward immigration have brought about changes in both partisanship and voting behavior. However, many scholars have missed or misconstrued the role of religion in this transformation, particularly evangelical Protestant Christianity. Melkonian-Hoover and Kellstedt examine the historical and contemporary relationships between religion and immigration politics, with a particularly in-depth analysis of the fault lines within evangelicalism—divisions not only between whites and non-whites, but also the increasingly consequential disconnect between elites and laity within white evangelicalism.  The book concludes with suggestions for bridging the elite/laity and racial divides.

This study is one of the first balanced efforts written by social scientists for both a scholarly and Christian lay audience addressing evangelicals and immigration, based upon original interviews, church data and public opinion data analysis.

To learn more about Fault Lines Among the Faithful, contact publisher Palgrave Macmillan. For details on the research behind the book and interview requests, contact [email protected] in the Office of College Communications at Gordon College.

Reviews:
“One of the many misunderstood aspects of contemporary immigration politics is the role of religion—particularly evangelical Christianity. In this superb volume, Melkonian-Hoover and Kellstedt remedy that through rich historical accounts, a nuanced understanding of American religion, and sophisticated analyses of the ‘fault lines’ that define evangelicalism’s variegated response to the immigration debate. This is a must-read for anyone interested in religion, politics, and the enduring American debate about immigration.” (Geoffrey Layman, Professor of Political Science, University of Notre Dame, USA)

“Too often in our political and spiritual discourse, highly complicated issues are distilled into talking point form which can never fully capture the nuances, history, and complexities required for a populace to reach genuinely informed conclusions. In Evangelicals and Immigration: Fault Lines Among the Faithful, authors Melkonian-Hoover and Kellstedt expertly synthesize scholarly research, expert interviews, and personal stories that color in the gaps of what is perhaps the most consequential issue of our time, namely the confluence of immigration and faith.” (Samuel Rodriguez, President, National Hispanic Christian Leadership Conference, USA)

“As carefully demonstrated by Melkonian-Hoover and Kellstedt’s Evangelicals and Immigration: Fault Lines among the Faithful, American evangelical Christians are often divided by questions of immigration policy, with marked divides between ‘elites’ and those ‘in the pews,’ among evangelicals of different ethnicities, and even within the minds of many individual evangelicals who struggle to reconcile their conflicted feelings on the topic. As a longtime advocate for immigration policy changes, I found some of their findings encouraging and others troubling—but all incredibly valuable. If ‘all truth is God’s truth,’ the church needs not only normative arguments for how we should treat immigrants, grounded in biblical theology and missiology, but also this dispassionate analysis of how we have treated them throughout history and the diverse ways that evangelicals say they want their elected officials to respond today. I highly recommend this fascinating, thoroughly readable book not just to academics, but also to church leaders who want to better understand how their congregations are approaching this polarizing issue.” (Matthew Soerens, U.S. Director of Church Mobilization, World Relief, USA)

“Why do evangelical Christians feel so differently about the questions inherent in the immigration debate?  Melkonian-Hoover and Kellstedt helpfully outline the history and current trends of Protestant reactions to the immigration debate. Through thorough research, they define the growing lines of separation among evangelicals. Their truly accessible book on a complex topic is crucial for scholars and church leaders, as it will help them understand the divides within evangelical Christianity and how to begin bridging those gaps.” (Shirley V. Hoogstra, President, Council for Christian Colleges & Universities, USA)

← From ‘Me’ to ‘We’: Reclaiming a Reciprocal Gospel
Growing a thick skin and a tender heart: “Deepening the Faith” devotional 9 →
Loading Comments...