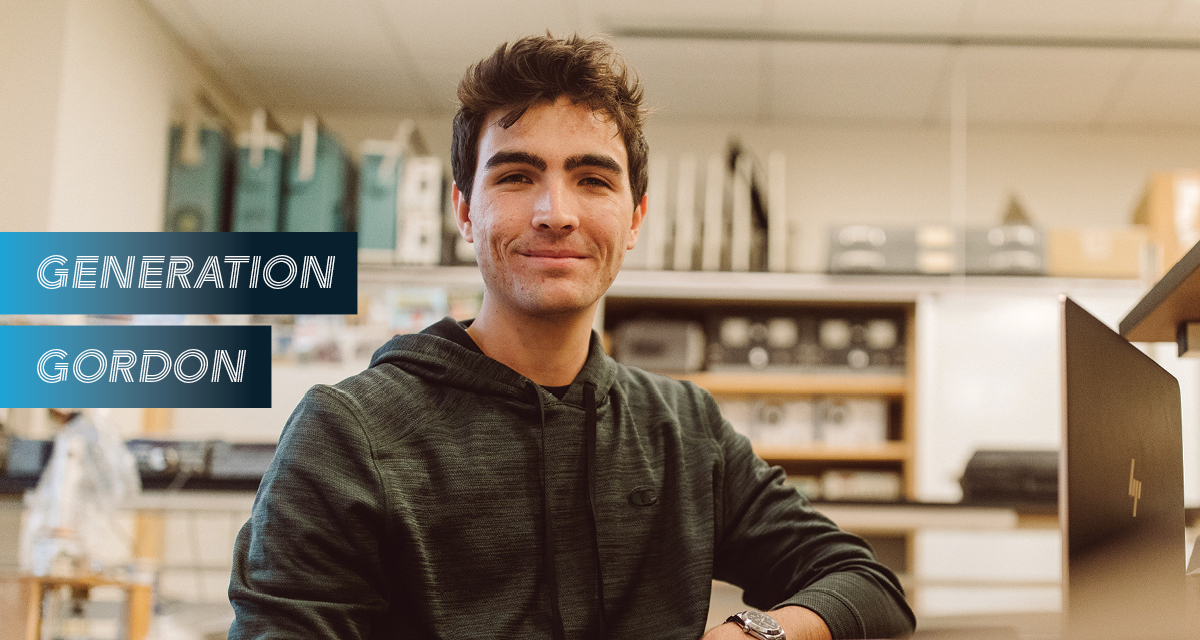 From Fascination to Future 50

As a middle school student wandering around Best Buy with his mom, Addison Abbot ’20 was introduced to one of Android’s first smart phones, the HTC Hero, and apps like the foghorn and flashlight. “I thought it was the coolest thing ever,” he says. “The whole concept of apps showed me that software has opportunities and capabilities to do anything you can think of,” from replacing everyday household items to tracking fitness to connecting with people across the globe.

Before even placing his apartment coordinator name plaque on the front door of his Tavilla apartment in August, Abbot received a call that secured his post-graduation job. Just on the heels of completing a summer internship at VMware, a leading tech company, he was offered a coveted full-time spot.

Abbot had worked on combining two VMware products: the vRealize Automation Cloud (vRAC) and Network Insight. Together, the products will allow a customer’s company or organization to use internet databases called cloud services across different public or private platforms and access network analytics and diagnostics—a two-in-one system that many companies don’t offer. Now, if a company needs to store a customer’s purchase history in one cloud and their biographical data in another, the company can access and analyze both.

Abbot’s months of coding proved his technical acumen and allowed him to stand out within a branch of well-established and experienced employees. Now he has signed on to join the multi-billion-dollar company’s technical staff in May to continue his work on vRAC.

VMware provides cloud services or analytics to nearly every Fortune 500 company. “If VMware disappeared, the world’s economy would collapse,” Abbot says. “It’s really cool that I get to be a part of that because it’s really important.”

But before the idea of working for a “Future 50” company—which, according to Fortune, have the strongest longterm growth potential, often with perks like vegan snack bars and foosball tables—went from purely hypothetical to actually happening, Abbot was changing the tech game for Gordon students.

He led the renovation of the updated student portal, Gordon 360, during a summer computer science practicum—doubling its monthly users and working to replace the less user-friendly go.gordon website.

To keep up in the rapidly changing world of tech, Abbot says, he’s had to “learn how to learn.” And sometimes that learning isn’t just about understanding deeper aspects of code or pushing the bounds of tech. Perhaps more importantly, it’s continuing to learn about the people on the other side of the gadgets.

“Anyone can have the inclination for logic and problem solving, but sometimes things are more complicated than just coding,” he says. Issues of ethics and morality (take, for example, Facebook’s data scandals) make headlines just as often as the positive advancements. So Abbot is committed to accelerating his career by first remaining grounded in his faith and paying attention to the people.

“You set yourself apart when you learn the people aspects of computer science, and can work with a team to solve problems that people didn’t even know they had in order to get to the root of a greater issue.”

← Called to Move
Balance is in the Balcony →