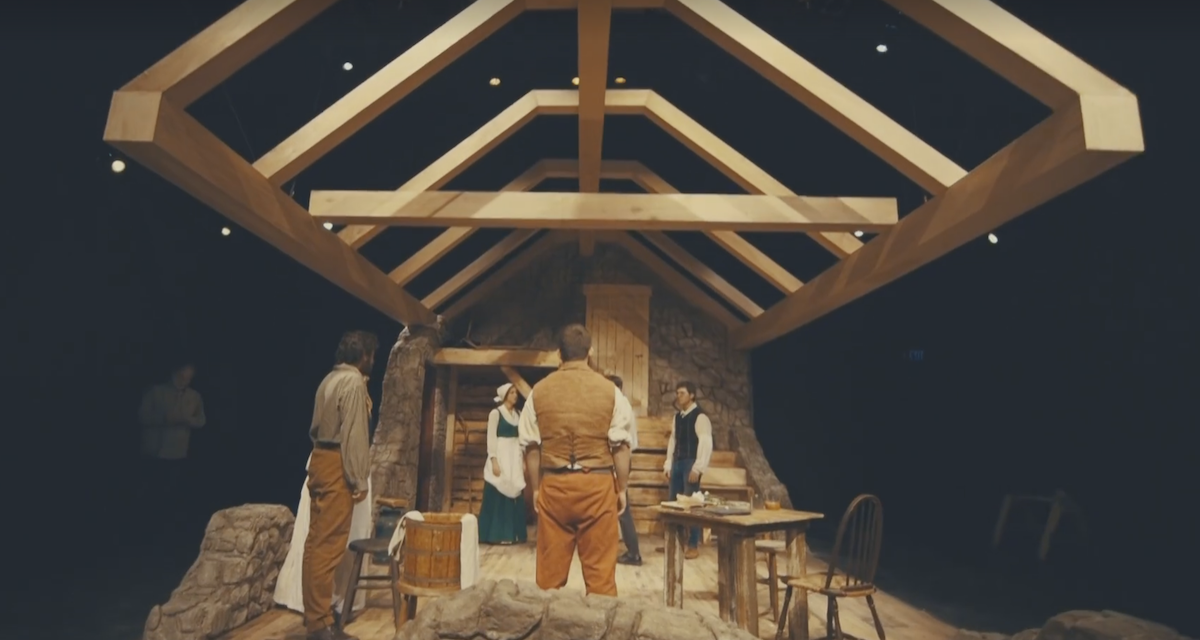 The room is dimly lit. The three separate seating areas are covered in a quiet, ominous shadow as the Margaret Jensen Theatre slowly begins to fill up. Irish folk music plays in the background, matching the dusty, hay-covered stage that resembles the kind of humble brick home you would likely find in the early 19th century.

This is Translations, an intimate story centered on a small cast of characters who, for one reason or another, find themselves involved in a hedge school in their Irish-speaking community in County Donegal, Ireland. Split into two acts, Translations follows these characters as they reunite with estranged family, grapple with their own history and struggle to find their place in an ever-changing world.

The play is written by the renowned Brian Friel (1929-2015), who completed over 30 plays during his life and has been acclaimed as “one of the greatest contemporary dramatists writing in the English language.” Translations was directed at Gordon by Norman M. Jones, who since 1985 has directed nearly 50 plays and supervised many more.

“Something I love about theatre is its ability to express the inherent tension between our mortality and immortality—the selfish in us clashing the selfless,” Jones said. “In Translations, Brian Friel voices this tension using the metaphor of langauge.”

While the simple premise of Translations may not sound immediately captivating, the way in which it is presented on stage counteracts that sentiment as soon as the actors take their places. The plot is more of a backdrop, a context to allow for an up-close exploration of culture, langauge and the barriers that can exist between the two. It is grounded by a superb cast of student actors who seamlessly convey the tension that can surface when two peoples suddenly find themselves forced together.

Translations takes its time in establishing its story, allowing the audience to become familiar with the Irish-speaking characters before introducing the English-speaking British troops who come to their town for the purposes of cartography, which quickly causes tensions to flare between the two groups.

The conflict seen isn’t bombastic or explosive, but exists in the quiet moments of intensity between characters as they grapple with both a rising pressure to move into a future they may not be ready for, and a langauge barrier that appears insurmountable.

As Friel himself once wrote, “the true gift of theatre, the real benediction of all art, is the ringing bell which reverberates quietly and persistently in the head long after the curtain has come down and the audience has done home.”