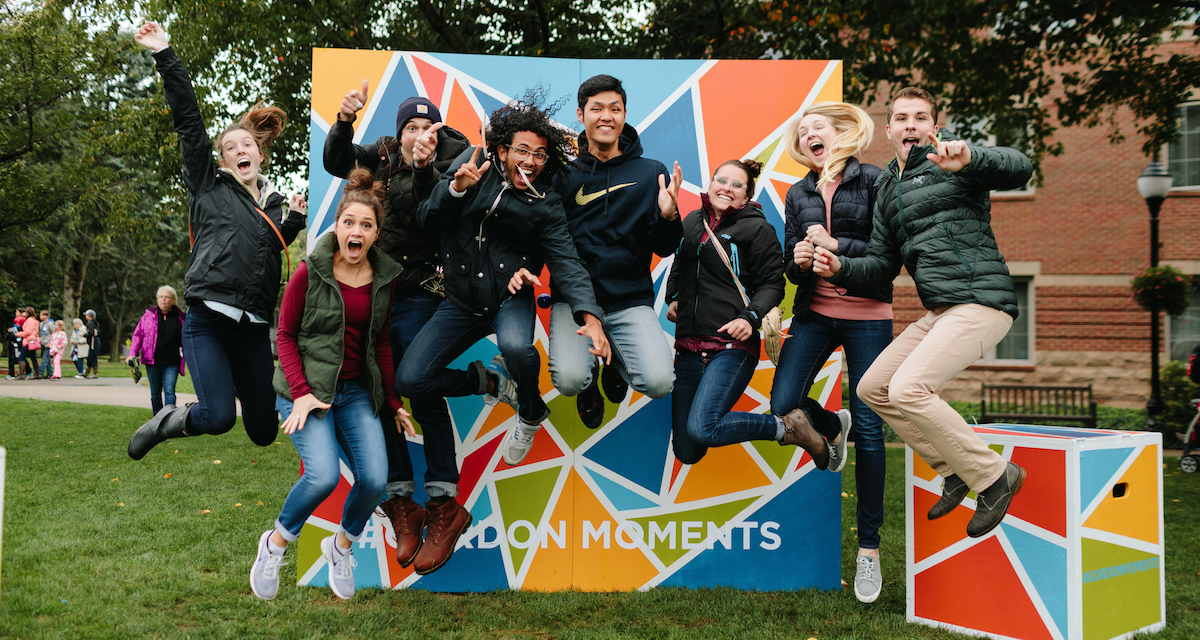 Posted on October 5, 2017 by collegecomm

Despite it being the fourth year of cold rain for Homecoming and Family Weekend, this year’s festivities once again united Gordon in a weekend of celebration.

For students, Homecoming kicked off on Friday with the Scottie Bowl, a newly-instated flag football game hosted by Gravity House (winners of the 2017 Social Venture Challenge) and funded by Campus Events Council (CEC) and the Alumni Office. Students gathered for a pre-game cookout and took to the bleachers on Ferrin Field at game time to watch their peers vie for victory. The game was followed by a party in the Clarendon Commons, where students enjoyed dancing, music and a lip-sync competition. “The highlight of Scottie Bowl was the amount of life it brought to campus,” says CEC Event Director Theresa Lucier ’19. “Having such a largescale event on campus really made Gordon come alive and brought the community together in a new way.”

Also on Friday night was the Homecoming Awards Ceremony, where the following alumni were honored for their contributions in diverse fields:

The next morning, people of all ages gathered in the early rain to run the annual Scot Trot 5K race. The weather proved no challenge for them, and people crossed the finish line exhausted, but smiling. For his first time racing as an alum, Chan Yoon ’17 took the gold.

Several lectures, dubbed “Scot Talks,” were given by Gordon professors, students and graduates, including Prashan De Visser ’08, on Saturday. Dr. Elaine Phillips spoke on the importance of wisdom in today’s world; Kaitlyn Trabucco ’07 shared her experience in becoming the CEO of Educents; and Antonio Vargas ’19 discussed how the Church should feel compelled to act in response to societal issues.

Gordon student and alumni musicians performed in the Welcome Tent on the Quad as the crowd enjoyed Little Wolf Coffee Roasters with free apple cider and donuts. Andrew York ’19, whose band Kinsman performed, said, “Performing on stage was a wonderful opportunity to play the songs we’ve written together for a new crowd!”

The weekend was also busy for Gordon Athletics. Not only did teams play recreational matches against their alumni, but many also played conference games. Field Hockey faced Roger Williams in a tough 1-2 loss. Volleyball went head-on with rivals at Salem State, securing a 3-1 victory. Men and Women’s Soccer both played Curry College—and both won, 2-0 and 5-0, respectively.