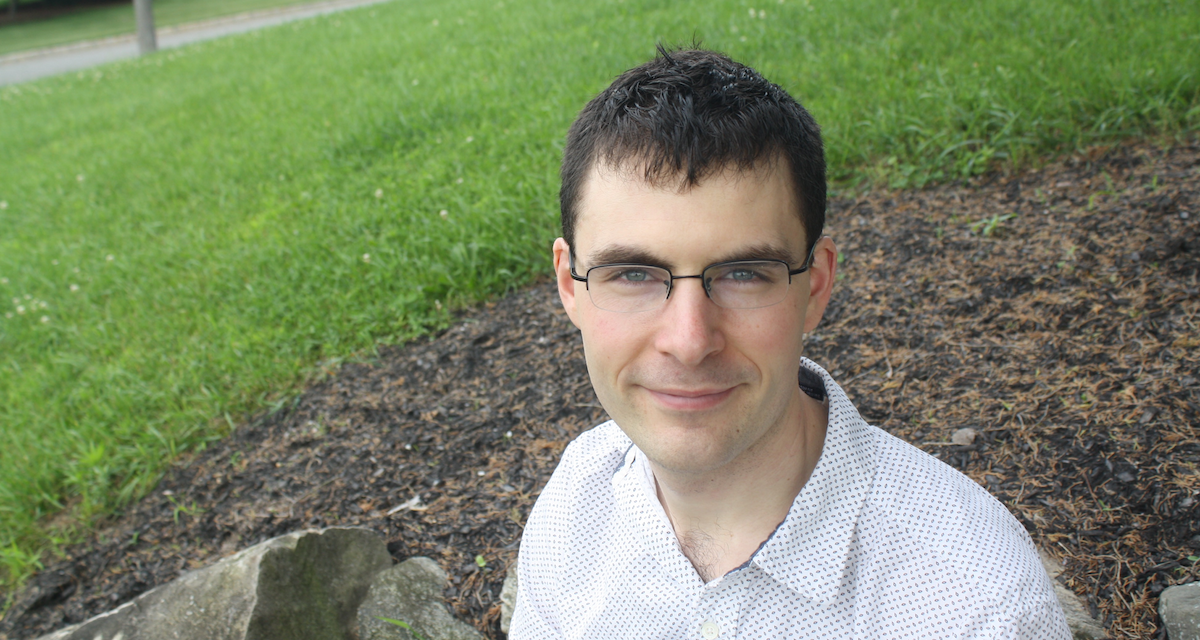 “Hark! The Herald Angels Sing”—one of many seasonal classics on the docket for church handbell choirs this Christmas, some of which may be performing a version by Gordon grad Ian Good ’11.

His arrangement for 5- or 7-octave handbell choirs was originally written for the Westminster Concert Handbell Choir in 2013, when he was a music theory and composition graduate student at Westminster Choir College of Rider University in New Jersey. Westminster’s handbell ensemble—the largest in the world—performed the piece on a cross-country summer tour. It was published by Beckenhorst Press earlier this year and is now making its holiday debut.

Good continues to arrange and compose alongside his position as a production assistant at the New York Philharmonic, the oldest symphony orchestra in the country, celebrating its 175th anniversary this season. He joined the New York Philharmonic two years ago as an intern in the archives, working to digitize a vast collection of music scores, concert programs, press clippings and more. This year he has transitioned to working with the audio engineer and producers in the Digital Media Department.

“I’m learning a lot about the more technical aspects of music, audio and recording,” Good says. “Hearing and interacting with the Philharmonic musicians is wonderful and inspiring.”

He rubs shoulders with musical giants as he helps record concerts and interviews, but it’s the collaborative aspect of music that he loves most about his career. “Music,” Good says, “is something that brings people together regardless of differences to create something beautiful, moving and thought-provoking.”

It’s why he chooses to remain active as a musician outside of his job at the Philharmonic. He is the director of music at Sparta United Methodist Church in New Jersey, and continues to compose as well, with recent commissions by the LaGuardia High School for the Arts in New York and Bourne High School in Massachusetts, his alma mater. He hopes to inspire others to see the value in music—just as his high school teacher and Gordon music mentors did for him.

At Gordon, a transformative experience in the Jerusalem and Athens Forum, supportive friends and faculty, and a summer internship with the Cape Cod Symphony Orchestra as a part of the Elijah Project all helped propel Good to where he is today. The liberal arts coursework deepened his understanding of how “music is connected with other subject areas—everything from history to politics to economics.”

Good’s arrangement of “Hark! The Herald Angels Sing” is one of two published pieces. The other, “Fly Away,” published by GIA, hearkens back to his days at Gordon, where he recalls having frequent discussions about the value of community. “The piece has a very simple message about how we rely on each other to achieve our dreams.”

“We’re one voice,” he says, “but we’re many diverse voices.”

← Computing Change: How CS Seniors Make a Difference
Alumni in the Peace Corps: Classrooms and Community in Costa Rica →