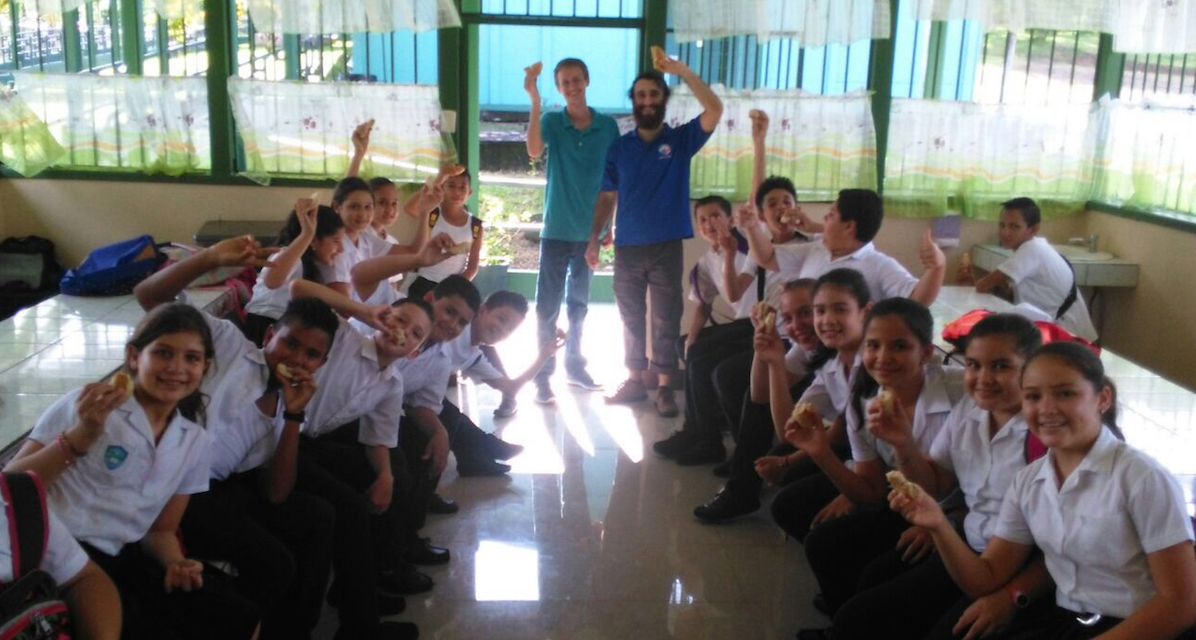 Alumni in the Peace Corps: Classrooms and Community in Costa Rica

Ryan Wilkens’ rural home in northern Costa Rica is surrounded by rivers that create an ideal terrain for farming plantains and yucca, which he eats a lot of these days. In many ways, the landscape outside his front door captures the essence of this chapter in his life: Learning to “go with the flow” as he pours into the lives of others, prayerful that his investment of time and energy will bear fruit long after he’s gone.

The 2015 Gordon alumnus is six months into his two-year Peace Corps term, teaching English at an elementary school and helping local English learners improve their skills by participating in competitions.

Until a year ago, teaching was nowhere on Ryan’s radar. An international affairs major with a double minor in economics and Spanish, he had his sights set on becoming a Peace Corps Community Economic Development (CED) volunteer. When the Peace Corps asked him to consider teaching instead, he was nervous, but decided to accept the offer anyway. “It was certainly a change of plans,” he said, “but it has worked out for the better.”

Ryan fell in love with Costa Rica during his junior year at Gordon, when he spent a semester in San Jose for the Latin American Studies Program. “People here are super hospitable, super friendly,” he says, “and the culture is very relationship oriented.”

It’s the focus on relationships that drew him back, and now the connections Ryan is able to form in his classroom and community are especially rewarding.

There’s his host mother’s 14- and 4-year-old grandchildren, who are eager to practice English with their long-term guest. “It’s hard to learn a language,” he says. “My mentality is to help them get excited about it.”

There’s the group of students who reached the national English spelling bee with Ryan’s help. “They were very nervous at first,” he remembers. “But by the end it was awesome to see them develop their abilities, to see them develop in ways that I didn’t know they could.”

And there are the co-teachers who work with Ryan on a daily basis. When they expressed an interest in boosting their English skills for a competency exam that would earn them propiedad, an important step in professional development, Ryan jumped in to help. “It’s important that the things we start here continue after we leave,” which is why his priority is investing in the people.

It’s a value that Ryan can trace back to his Gordon days, and in particular, his involvement in homeless ministry. While he could have easily justified using extra time on his coursework or preparing for track meets, “taking a few hours out of your day to invest in other people is not only rewarding for you but helpful for the whole community. Homeless ministry at Gordon played a huge role in where I am today because it taught me the importance of service.”

For Ryan, service is about “realizing you don’t need to lead by force, but rather being an initiator. Helping people realize their own skills is a certain way of leading.” It’s why he spends his days in Costa Rica pouring into others and watching them, like the yucca and plantain plants, bloom.