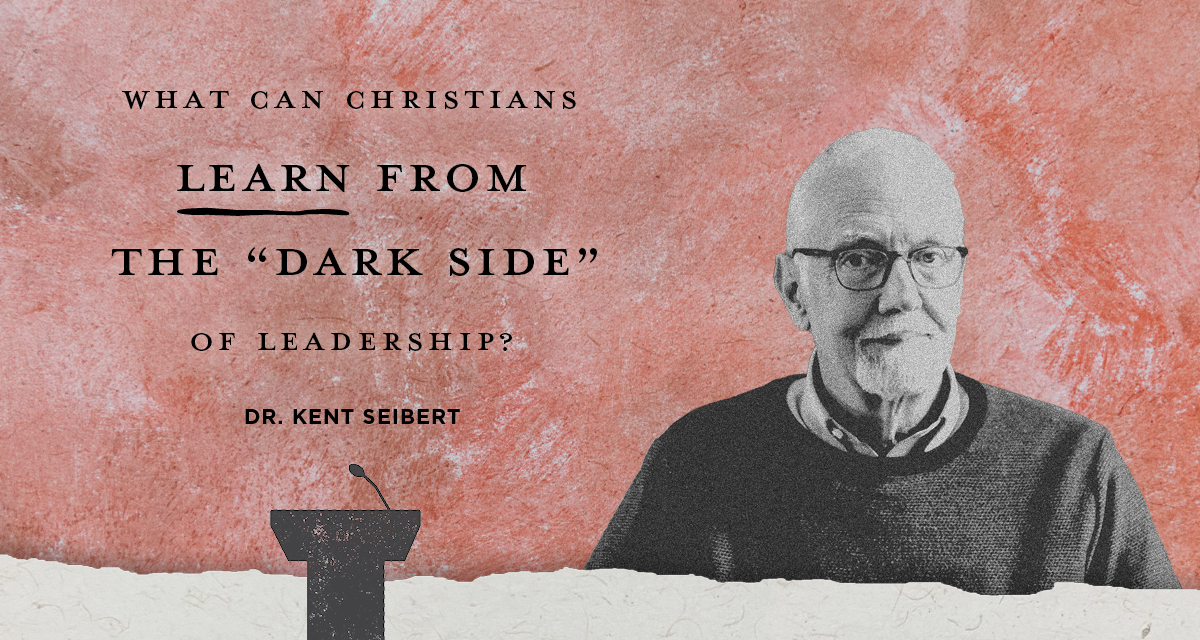 Lessons on How Not to Lead

From Moby Dick’s Captain Ahab to Vladimir Putin, literature and human history tell the stories of leadership corrupted. Yet when motivational speakers and how-to book authors discuss “how to be a good leader,” Professor of Economics and Business Kent Seibert notices an avoidance of the negative examples. Those realities are uncomfortable and cause recoil. Shouldn’t Christians distance themselves from corruption?

Within the Church, says Seibert, aspiring leaders often jump straight to the Christ-like concept of servant-leadership. The Bible itself speaks about the importance of leadership, but Seibert says, “it spends even more time warning against corrupt, self-serving leaders.” Seibert wants to salvage lessons from bleak examples.

To help current and future leaders of faith avoid pitfalls and the disastrous aftermath, he wrote an article that is currently under review for publication in the Journal of Biblical Integration in Business, entitled “Self-Serving Shepherds: How to Respond When Leadership Goes Wrong.”

As an expert in business management with experience in three Fortune 200 companies, Seibert has witnessed what he calls the dark side of leadership, which he says often stems from a thirst for power. And, unfortunately, he says, Christians are not immune from that temptation. Just two prominent, recent cases include apologist Ravi Zacharias and infamous Enron CEO Kenneth Lay.

Confronting the painful modern examples of Christian leaders falling into corruption, Seibert notes that in Scripture, “just because someone was a Jew, part of Israel or Christian, that did not mean they were exempt from corruption.” In the Old Testament, Saul failed to trust God and resented that David would replace him as king; 1 Samuel 15:23 describes him as self-serving and wicked. Later, Seibert says, the letter of 3 John primarily serves to “reprove and discredit” the prideful and selfish Diotrephes, who was improperly leading a church.

Ultimately, the strength of a leader is dependent on the strength of its followers. Seibert points toward the Old Testament prophets Ezekiel and Jeremiah who stood up to kings—an equally important piece of the puzzle, he says, is “to remind followers of their responsibility to hold leaders accountable and to be willing to stand up and push back.”