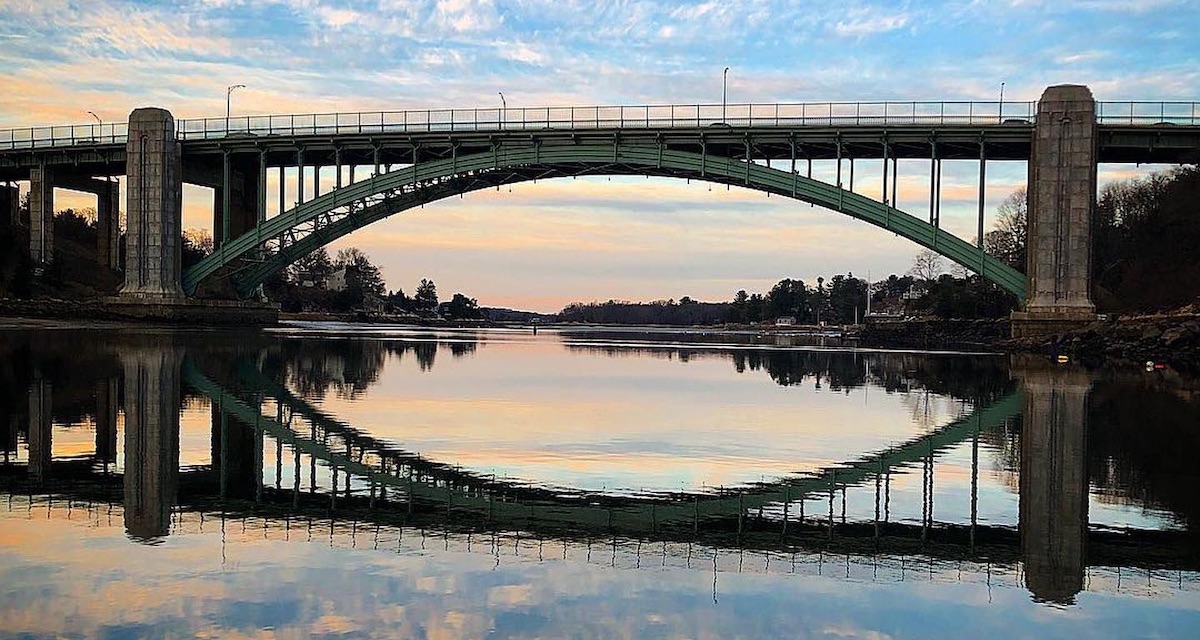 “Over the Bridge” and into a Publication

For psychology and sociology double major Brenna Peterson ’21, an opening in her senior-year schedule meant the chance to make good on an invitation from her older sister, Dana, a 2010 English language and literature alumna: “If you ever have the opportunity to take a class with Mark Stevick, you should.” 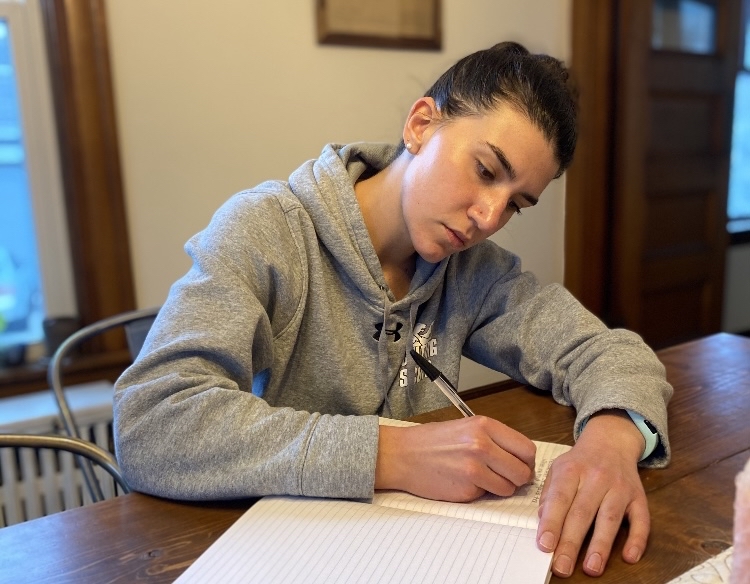 Now, after spending the fall semester rediscovering and rekindling a dormant love for writing in Stevick’s Intro to Creative Writing class, Peterson’s work is slated to be published in the country’s oldest magazine devoted to traditional poetry, The Lyric Magazine. Her first-ever magazine submission, “Over the Bridge,” won honorable mention and will appear in the magazine’s 100th anniversary issue.

“I enjoyed Professor Stevick’s teaching and class so much,” says Peterson. “My sister was totally right.” And so was Stevick—who first encouraged Peterson to consider entering her work, alongside students from 13 other colleges and universities, in The Lyric Magazine’s poetry contest at the end of 2020.

“Gordon is packed with terrific creative writers,” says Stevick, who coincidentally had his first publication in The Lyric Magazine in 1986 with his first-ever sonnet in a college writing course. “My hunch is that those writers don’t know how good they are, and don’t think about publishing their stuff. I consider it my job to continually nag students to send things out, when they’re in my class and afterward, even after they graduate. It’s great that Brenna heeded the nagging.”

“I would have never put my work out there in this manner if it weren’t for Professor Stevick’s encouragement and class,” Peterson confirms.

“Over the Bridge” is an anaphoric poem named for the iconic green Abram Piatt Andrew Bridge on Route 128 that crosses the Annisquam River and connects the island of Gloucester and Rockport, MA, to the rest of Cape Ann. “Gloucester is a busy north-of-Boston coastal city active with people, activities and an industrious economy as a working seaport,” Peterson explains. “There are always noises and people and things to see and do during the daylight hours. Then at night, this island becomes a peaceful and relaxing haven when I’m unwinding at the end of the day.”

A Gloucester resident, Peterson frequents the bridge as she travels between her home and Gordon each day. As the two-time Women’s Lacrosse captain leaves an active campus and crosses for the bridge for the final time at the end of a busy day, she finds solace and a chance to decompress.

Over the Bridge
I am here, where the gulls still shriek after
the sun has drifted to bed and has been
gently blanketed by briny mist. I
am here, where air rolls thick and heavy through
our window screens to leave ghosts of sea-salt
stained kisses on our brows as we slumber.
I am here, where the moon, like a blushing
bride, glows from behind the veil of midnight
clouds that shift and curl about her golden
face. I am here, where I look out beyond
the quiet town and think of the dark tides
to lull my restless mind and bones to sleep.

“Though it has no rhyme, its rhythm is delightfully wave-like music,” said The Lyric Magazine’s contest coordinator Tanya Cimonetti of “Over the Bridge.” “The images are beautiful. It is a poem that completes itself gracefully.”

As for Stevick, he’ll continue “nagging” his students and alumni, many of whom will participate in his upcoming Five Ponds Writing Festival on April 10, which will feature workshops and readings.