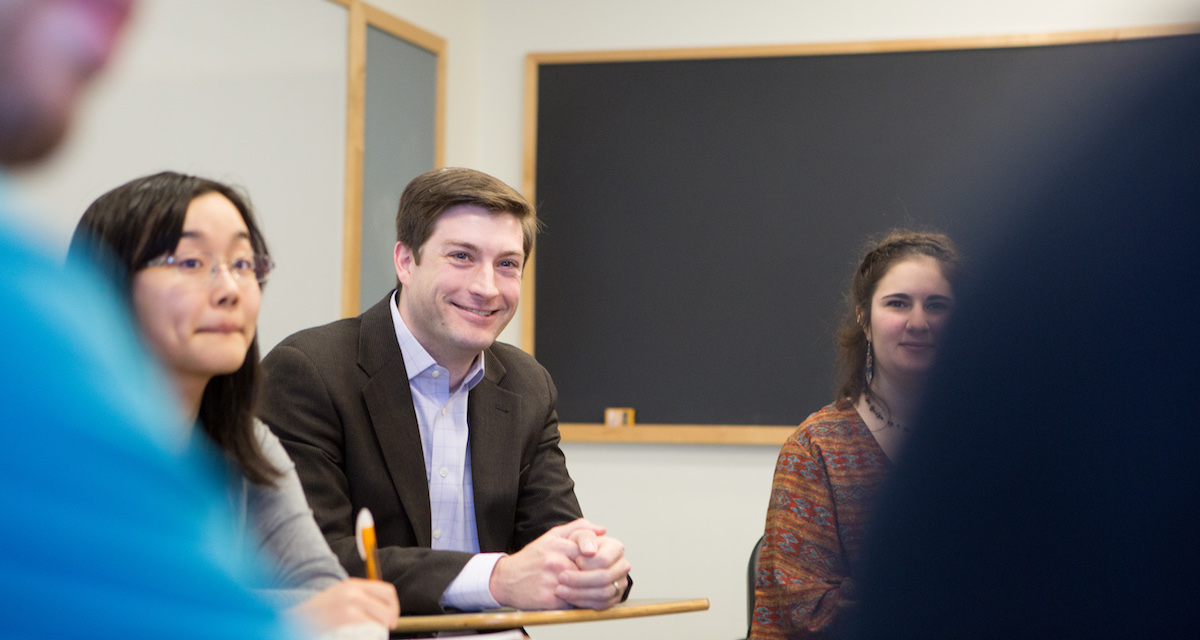 Dr. Evangeline Cornwell (biology) and Dr. Andrew Logemann (English language and literature) have been awarded two-year fellowships at Oxford for a conference around the topic of biotechnology and faith: the Oxford Interdisciplinary Seminars in Science and Religion: Bridging the Two Cultures of Science and the Humanities II, 2017–19.

Dr. Cornwell offers the examples of technology becoming so sophisticated that scientists provide humans with capabilities like hawk vision or echo-location—“just because we can do these things, ought we to do them?” she asks. “At what point would we say we’ve altered ourselves to the point where we’re no longer in the image of God?”

Dr. Logemann’s project tackles the topic by pulling thoughts and writings from a range of figures to “analyze complex ideas from many quarters,” he says, “to engage in a cultural, ethical and theological analysis of climate change discourse.” He will argue that “climate change is an especially fertile area for collaboration between the sciences and the humanities.”

“Climate change is a complex, multigenerational problem,” Dr. Logemann says. “Addressing it wisely requires us to feel empathy across time and space, imagining what it will be like for people to live on the earth in the future, and recognizing these future humans as neighbors the Christian tradition commands us to love.”

This and next summer, Drs. Cornwell and Logemann will dive into month-long conferences filled with research and conversations, hosted by Scholarship & Christianity in Oxford. In between the summers, the participating scholars will return to their colleges to continue researching, writing and reading, and engage students—Drs. Cornwell and Logemann will form a science and religion club at Gordon that will host expert guest speakers and spark conversation among on-campus. Along the way, the scholars may each include a student research assistant in their work.

“The end goal is to put our heads together and do some serious reflection on this topic, coming at it from all disciplines,” Dr. Cornwell says, “to have different perspectives coming together, but all thinking about the same problem.”

“The stories we tell about the earth matter,” Dr. Logemann says.

← The Department of Music at 50: Looking Back and Ahead
A Greenhouse at Gordon →