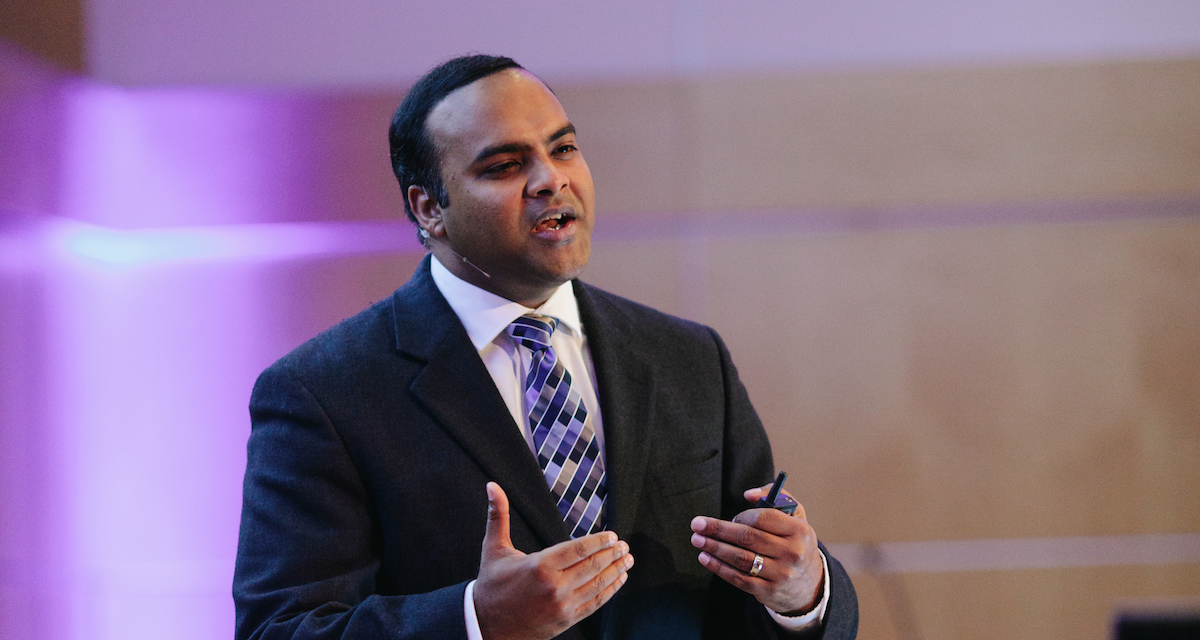 As a young boy who grew up in a country experiencing a brutal 28-year civil war, Prashan de Visser ’08 began to internalize the propaganda, ethnic stereotypes and radicalization techniques used by Sri Lankan extremists to manipulate young people into joining their movements.

He realized how easy it was to hate someone, especially when he was told that they were the reason for all the violence. But he learned, in forming friendships with those outside of his religious and ethnic circles—and even in interacting with young terrorist recruits—that the stereotypes were wrong.

So he began asking questions: “Why is there so much hate and prejudice across ethnic lines? What led us to hate each other so much to want to annihilate an entire group?”

He explored these questions further at Gordon through formative classes with Dr. Ruth Melkonian-Hoover (political science), Dr. Greg Carmer (Chapel), the late Dr. David Lumsdaine (political science) and the late Dr. John Mason (economics and business). He found a way he could respond to and act on these questions while interning with the Senate Republican Conference in Washington, D.C.—during which God called Prashan to return to Sri Lanka and start a peace movement.

In preparation, Prashan wanted to find how he could inspire Sri Lankans to be part of the solution—to join in the journey of peace and reconciliation. He found that “70 percent of Sri Lankan youth didn’t have a friend outside their ethnicity or religious group.” Because he knew personally that “real-life experiences can trump inherited prejudice,” it became clear that he needed to bring the disparate groups together.

This year his organization, Sri Lanka Unites, celebrates its 10th anniversary and its 20,000 members who are “committed to standing against violence, hate and prejudice and looking for an equal Sri Lankan identity.” Over the course of the last decade, this peace movement has captured the hearts and minds of former British Prime Minister David Cameron and former UN Ambassador Jayantha Dhanapala; reporters from BBC and Al Jazeera; and countries like the Republic of Congo, Kenya, Uganda, Afghanistan and Myanmar—all of which are now a part of Sri Lanka Unites’ global offshoot and sister organization, Global Unites, started by Prashan in 2014.

Following the peace model set forth by Sri Lanka Unites, Global Unites exists to inspire, connect and equip a new generation of peace builders in places where war has typecast a nation as “dangerous” and only dangerous. Global Unites stands with the youth leaders in these countries as they foster relationships across enemy lines to break the cycle of violence and build a greater legacy for their nations.

“Christ said in Matthew 5, verse 9, ‘Blessed are the peacemakers, for they will be called children of God’ . . . I think wherever you are,” Prashan says, “whether in the United States or in the Republic of Congo, that mandate is very clear and the need is more profound than it’s ever been.”

← Gordon’s 126th Commencement—Remember, Renew and Reach
Celebrating our Retiring ‘Scribbler on the ’Teuch’ →