Students aren’t the only members of college society to study abroad—professors do, too. Following the tradition of sabbatical, professors are given the opportunity to receive paid time off every seven years of teaching. While some professors choose to opt out or delay their sabbatical, it is considered a refreshing experience and allows faculty members to delve into areas of interest both academic and personal. This past fall seven Gordon professors completed a sabbatical. The focus of their time abroad ranged in physical location, content area and purpose.

Some professors traveled internationally. After 42 years of teaching at Gordon, Roger J. Green’s most recent sabbatical took him across the globe to Nigeria and England. He completed various writing projects and speaking engagements while furthering research in his field of biblical and theological studies. While in London Dr. Green conducted research at the Lambeth Palace Library which he cites as a highlight of his trip.

Other professors stayed closer to home. Kent Seibert, professor of economics and business administration, split his time between Ipswich, MA, and picturesque Nantucket while completing various projects. He edited a special issue of The Journal of Biblical Integration in Business that centered around the importance of Sabbath for the modern Christian businessperson, and he co-wrote an article with Gordon alumna Julia Mara ’13 titled “A Different Calling: The Motivation to Social Entrepreneurship.” He also stepped in as a visiting pastor for Summer Street Church in Nantucket to allow lead pastor Rich Leland his own short-term sabbatical.

Lauren Swayne Barthold, associate professor of philosophy, also completed a sabbatical this fall after nine-and-a-half years of teaching at Gordon. Dr. Barthold spent the bulk of her time writing commissioned chapters for two books. Her work will appear in the upcoming works The Exhaustible: Aesthetics, Hermeneutics, and Ontology in the Philosophy of Luigi Pareyson (SUNY Press) and New Directions in Philosophical Hermeneutics (University of Edinburgh Press). 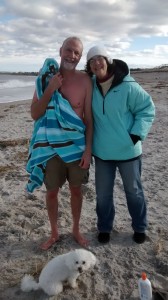 Of course, sabbaticals are more than an academic pursuit. Oftentimes the professors make time for personal endeavors or to try something new. Dr. Seibert indulged his love for boogie boarding while Dr. Barthold completed a 48-hour silent retreat and Dr. Green vacationed in York, England.

The nature of their sabbaticals may range across the board but each professor shared something in common: they missed their students. “Gordon is first and foremost about Christ, but the students are a close second,” says Dr. Seibert. The professors were eager to return to campus and continue building relationships with old and new students alike—both in the classroom and in conversation.