Signs of Justice: From Theory to Reality

Ayotte, who served as New Hampshire’s first female attorney general from 2004 to 2009, is currently running for re-election for one of the state’s two senate seats. A massive part of her service as a senator is ensuring that veterans receive the medical care they deserve. 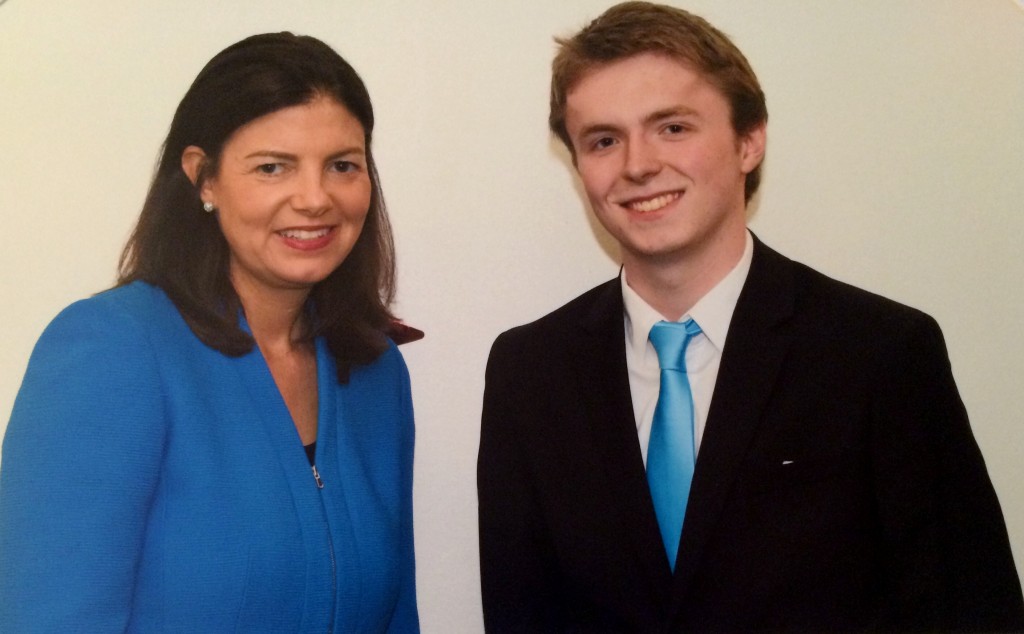 Hailing from Hooksett, N.H., Eric makes the short commute to Manchester, N.H., every morning and reports to Senator Ayotte’s federal office. He’s part of the effort to secure proper medical care for New Hampshire’s veterans. “Part of why I’m there is so people get the care they need,” says Eric. He receives calls from veterans seeking help and identifies areas where proper amounts of aid from the state are not met. It’s his job then to advocate to caseworkers who will find alternative medical treatment options. This service has helped hundreds of veterans navigate the complex VA health system.

After transferring to Gordon during his sophomore year, Eric was thoroughly impressed with the Political Science Department’s diverse range of consideration and thought. “They’re a lot less radical and they embrace a lot of different ideas and positions. I feel free to express my opinions at Gordon,” he says. Professors like Dr. Paul Brink and Dr. Ruth Melkonian-Hoover have been huge influencers in political theory for him. In particular, Eric was introduced to and challenged by a wide range of theories in Dr. Brink’s “Justice” class—but left feeling somewhat cynical. He wasn’t quite sure if justice could truly and always be achieved. That sentiment, he says, has changed after seeing the devotion and care in the hearts of the senator’s staff.

“Our office hunted down a bunch of medals that belonged to New Hampshire veterans from Vietnam, but were never received for whatever reason. So we made sure to give them the medals they deserved,” he says. There was a ceremony held by Senator Ayotte, and a number of veterans were recognized for their service to the country.

Watching the process of justice play out first-hand has changed Eric. Working with Senator Ayotte’s office has instilled a new hope in him about the work public servants do day in and day out. “Realistically people want to help and they do care,” he says. “The staff here are jumping through hoops for these veterans. I’ve seen people do a lot when it means working for justice. I’m taking what I’ve learned in the classroom and seeing that it can translate—and does translate. It’s true that theory can become a reality.”

This coming year, Eric will take theory-to-reality one step further when he spends one of his final semesters at the American Studies Program in Washington, D.C.