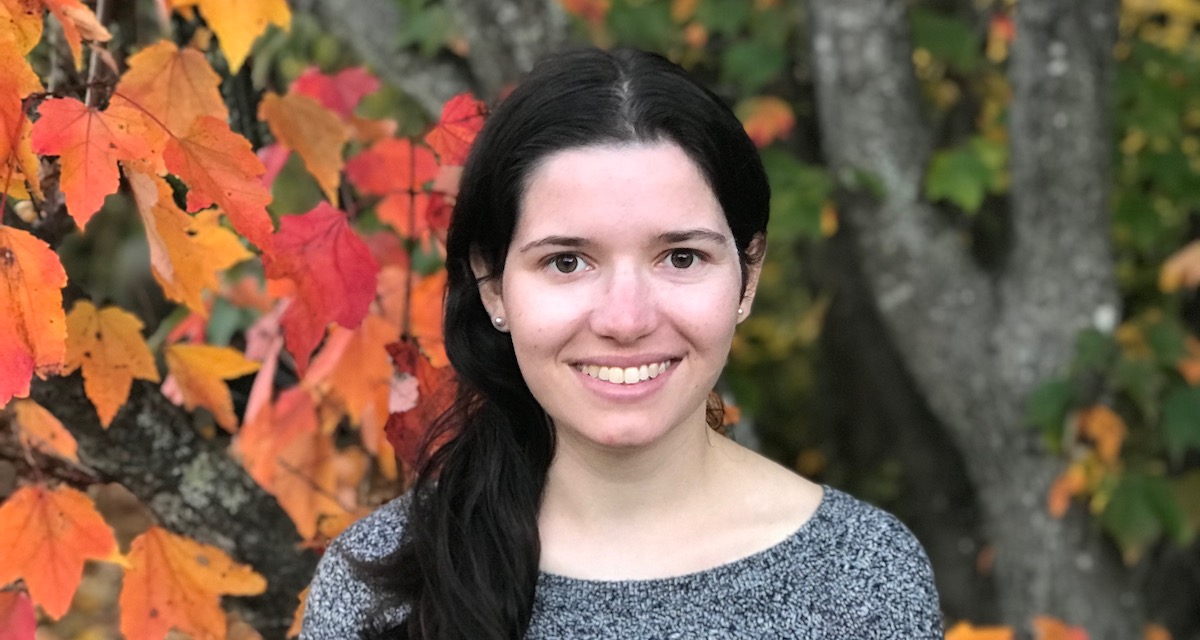 In Portland, Maine, last spring, a number of food production workers stopped washing their hands, and it was Abbey Mitchell’s job to find out why. She’s not an inspector for the Food and Drug Administration; she’s an ESL teacher at a facility that processes vegetables—the spiralized zucchini and diced cauliflowers that eventually grace the refrigerated shelves of grocery stores across the United States.

Although she does teach English so that employees can read their paychecks and employee benefits, Mitchell ’18 spends more of her time resolving issues that arise from having a vastly multicultural work population. There’s a lot of room for misunderstanding, says Mitchell, when your fellow employees come from over 20 different countries.

When it came to the hand-washing situation that arose last spring, the American workers had stopped washing their hands, not out of negligence but because of a religious ritual that was interfering with American sink etiquette. Mitchell explains, “The non-Muslim workers didn’t want to wash their hands because the Muslim coworkers were religiously washing their feet in the sink.”

She’s referring to wudu, the Muslim ritual of cleansing oneself before coming to Allah in prayer. Every day, many devout Muslims pray at five set times from morning until evening, and two of them coincide with the traditional American 9-to-5 workday.

But instead of asking Muslim workers to give up their religious practices during their shift, she brought the issue to management and they paid for a hose to be installed, that could serve as a permanent wash station. Why? Because Mitchell was hired to change the company culture—to find solutions that accommodate rather than ostracize the plant’s employees.

And it’s working. In her two years at the plant, she’s created a cultural sensitivity training for all employees and redesigned the new employee orientation.

A Safe Place for Asylum-Seekers

What’s happening in Mitchell’s workplace is really representative of what’s happening in Maine on a much larger scale. This year, hundreds of asylum-seekers made the journey to Portland to join an already-established asylee population. “Maine is a destination for asylees,” says Mitchell. At the Mexican-American border, few asylum-seekers are allowed through the point of entry in San Antonio, Texas. And once they submit their application for asylum, they get to wait in America while United States Citizenship and Immigration Services processes their applications and makes an official decision. But, because the process can take years, asylum-seekers have to make a temporary home in the U.S. In the last year, many of them have made their home in Portland and surrounding cities in Maine. According to a city report, foreign-born persons account for 75 percent of Portland’s growth between 2011 and 2016.

Although the city is struggling to house and care for all of them, their presence is bringing young people and diversity to Maine. As of now, Maine has the highest percentage of white people (94 percent) and the highest median age (44.5). The asylee population in America is a lot younger; the average median age for asylum-seekers in the States is 24.

For Mitchell, the presence of asylees, refugees, green card holders, and DACA beneficiaries has not only opened her eyes to great suffering, but also to great faith—the kind that has sustained many of these “New Mainers” through inexplicable acts of violence, long journeys through the jungles and rainforests of Central and South America, and ICE (Immigration and Customs Enforcement) raids that have sent their loved ones back into the countries they’d tried so hard to escape.

“It’s something that has really widened my perspective,” says Mitchell. “It’s woken me up in a good way.”

A Friend on the “Inside”

Mitchell attends a charismatic, Spanish-speaking church in Portland where she is the only gringa. A majority of her church friends are refugees, asylees and immigrants from countries like Honduras, Guatemala, El Salvador and Mexico. Because of these friendships, Mitchell has seen firsthand what many non-U.S.-citizens go through—like not having a translator in traffic court, not knowing how to enroll their children in public school and not knowing if they’ll ever see family members again.

For many people in her church and in her workplace, Mitchell is a friend on the “inside.” She is someone who can give them a ride to church, call the high school guidance counselor to get instructions for how to enroll their child or help them study for the U.S. citizenship test (all of which she has done, by the way).

Last January, she helped a friend with brain cancer pass the citizenship test so she could visit her kids in Mexico while she was still healthy enough to travel.

“She couldn’t even remember her phone number,” explains Mitchell. “I remember thinking to myself, ‘How is this woman going to pass a citizenship test?’ But we studied and studied, and in January she got her citizenship. On the test, they purposefully changed her phone number in the personal data section to make sure she was paying attention, and she caught it!”

In her workplace and with her church friends, Mitchell illustrates that loving your neighbor can be as simple as installing a hose, calling a guidance counselor or helping someone study for a test. In a busy society, taking care of your neighbor can seem harder than it actually is; Mitchell reminds us not to overthink it.