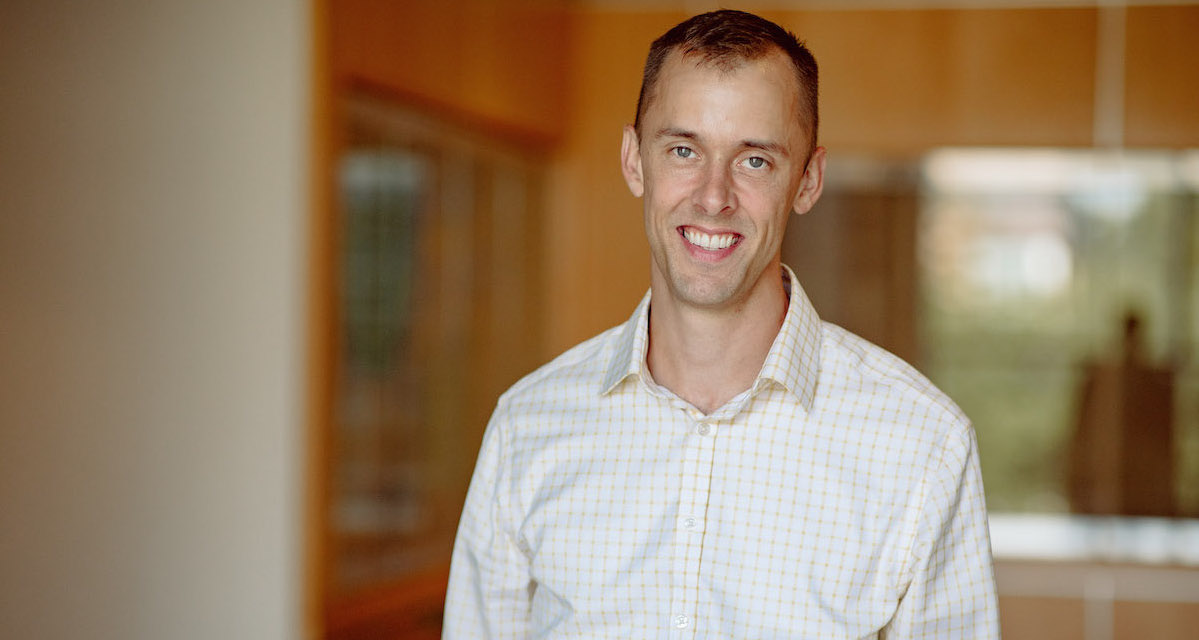 Washing Feet by Studying the Brain

Posted on September 4, 2019 by collegecomm

When Dan Norton ’05 reveals his profession as a psychologist, the responses tend to follow a predictable pattern, usually along the lines of: “Don’t study me or my family!” But the new Gordon psychology faculty member aims to dispel the notion of psychology as an intimidating field.

“I’m trying to bring students into the world of psychology, and show them what it is,” he says.

Norton’s clinical work is therapy, especially seeing patients who are experiencing anxiety and depression. During the final year of his Ph.D. program he completed an internship seeing patients full time, and once per week while conducting postdoctoral research at Massachusetts General Hospital. He was most recently a visiting assistant professor of psychology at Williams College, but now teaching at Gordon, he hopes to still squeeze in a patient or two “to keep the skills fresh.”

Though equipped with skills for a range of venues, Norton is humbled—and invigorated—by the mysteries his research has delved into. “I think a lot of people feel like we understand the brain,” he says. “We really don’t.” While scientists may be able to look at functional MRI and “see part of the brain light up,” they are really looking at the activity of millions of neurons at once, and they don’t know what those neurons are doing to compute the things they compute.

But studying the neurological activity of monkeys has allowed scientists to map out the visual system with superior detail compared to other brain systems. That’s where Norton’s research comes into play, investigating how the visual system is altered, for example, when someone experiences depression, schizophrenia, Parkinson’s disease, Alzheimer’s disease or autism. “My hunch is that we’re going to stumble on some interesting things,” he says.

Norton’s palpable excitement for psychology was fostered as a student at Gordon. When he entered Gordon as a chemistry student, the field didn’t quite “click” with him. Finding that adjustment difficult, Norton wanted to better understand himself, so he registered for an introductory psychology course—and found the perfect fit.

His former professors, like Bert Hodges, Kaye Cook and Brian Auday, are now his colleagues, and he hopes to provide students with an equally empowering and inspiring experience. “What set me off on the right foot in terms of being a scientist was being bold and thinking of big questions and having confidence in myself as a thinker,” he says.

While he realizes that not every student will follow the same path he did, Norton aims to teach a generation of students who can think critically and find spiritual significance in their work like he does.

“I’m washing peoples’ feet,” he says. “This is my realization of the kingdom of God—someone comes to my office for therapy and they’re suffering, and I’m just trying to do whatever I can using the expertise I’ve gathered in whatever way I can to help them.”