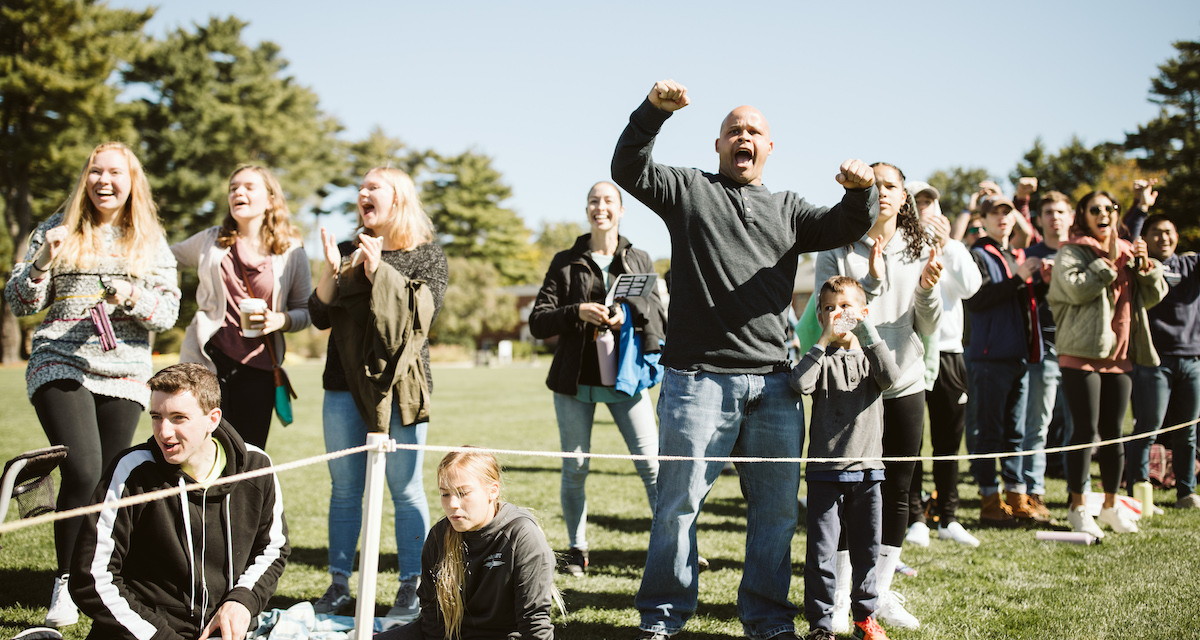 Homecoming 2019: Celebrating the Servant Leaders from Year 1 to 130

Posted on October 9, 2019 by collegecomm

A Convocation spectacular launched this year’s Homecoming and Family Weekend on Friday, October 4. Before a packed chapel, students presented stories of alumni from the past 130 years in the form of brief, dramatic vignettes against an impressive, animated backdrop. The celebration of the College’s legacy concluded with the announcement of a $75 million-dollar gift for student scholarships and the launch of the Faith Rising campaign.

Rolling into the weekend, students gathered at the Brigham Athletic Complex for a tailgate party on Friday evening. The Scottie Bowl festivities were a welcome end-of-the-week stress-reliever. Spectators cheered on REC-IM flag-football finalists as Daryus Vaughan ’20 and Deborah Sullivan ’20 kept the crowd hyped and entertained well into the chilly night. The Village faced off Nyland Hall and won, and the men’s off-campus team lost to Tavilla Hall. 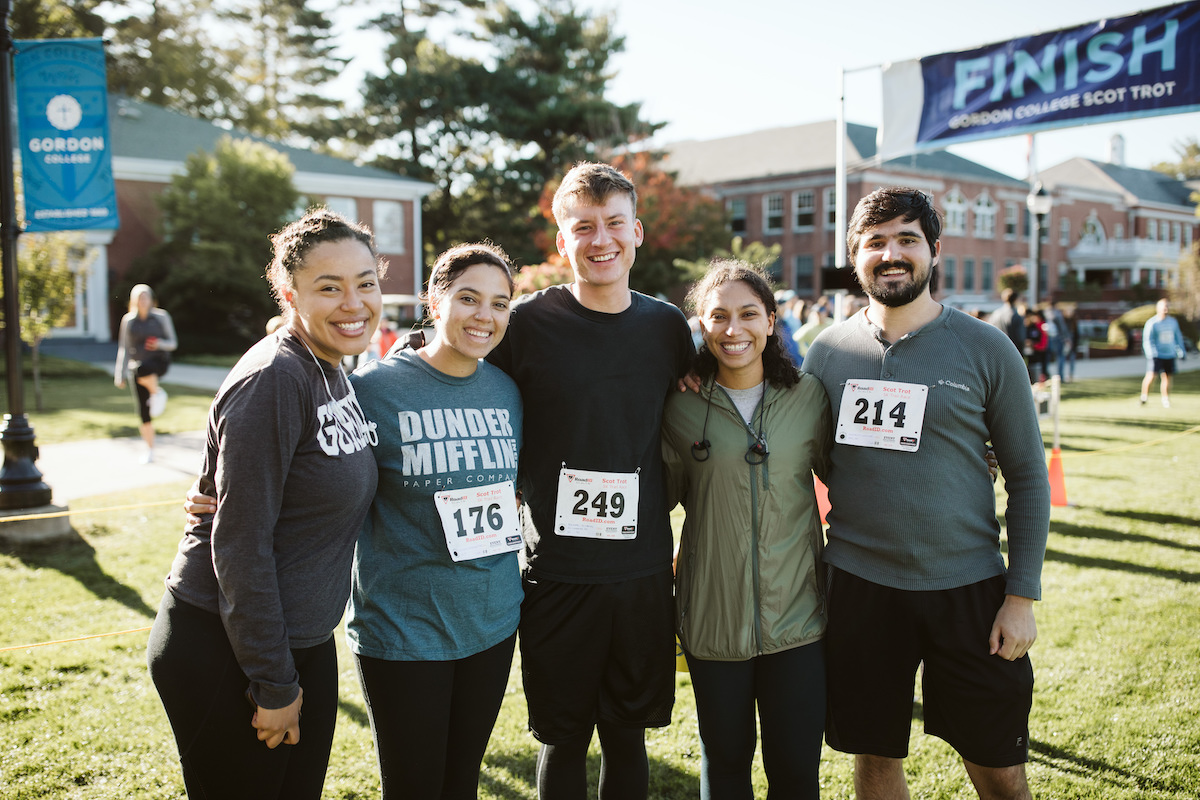 Fighting Scots continued to show their athletic prowess during the annual 5k Scot Trot on Saturday morning, and in the soccer and tennis matches throughout the day (Men’s Soccer winning 4-1, and the Women’s Soccer beating their competition 3-1). If students had not let off enough steam at the Scottie Bowl, they had another opportunity to challenge each other on blown-up obstacle courses for a somewhat softer version of the Highland Games. 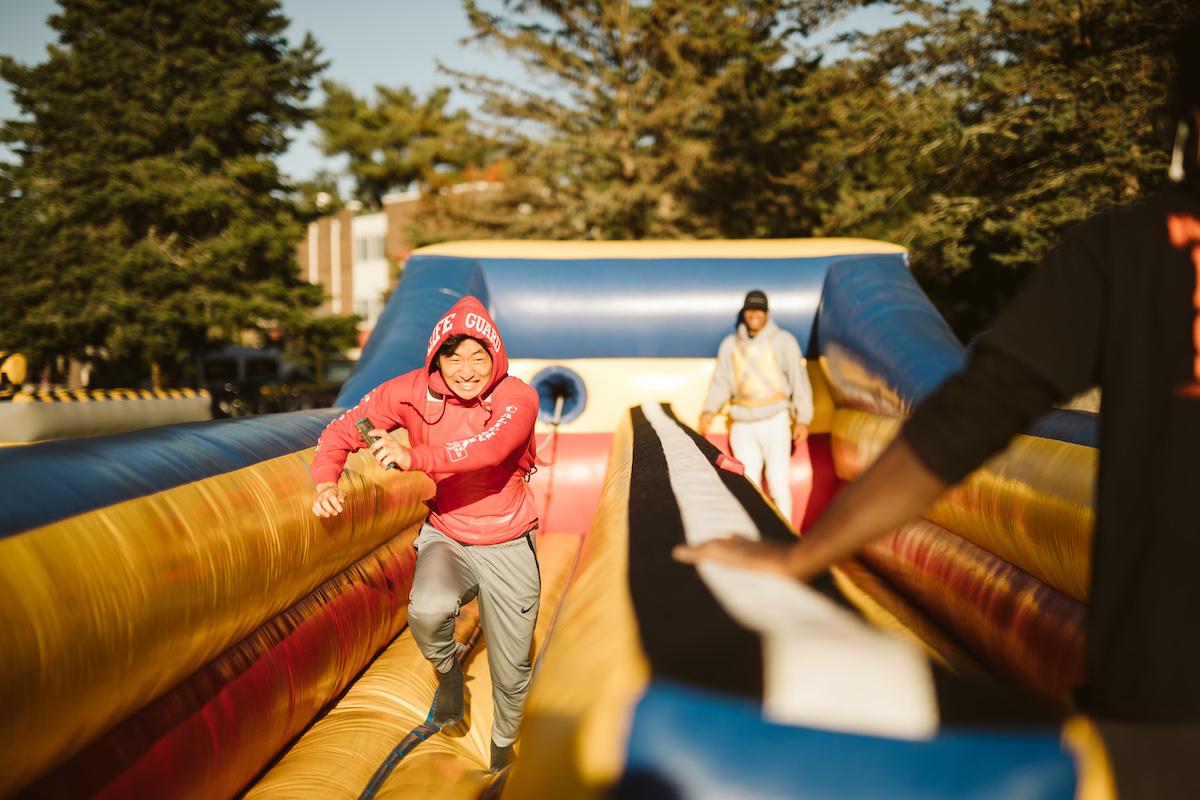 Returners and their families enjoyed Little Wolf coffee, Chick-fil-A sandwiches and Captain Dusty’s ice cream as they shopped for jewelry, succulents and artwork at the Welcome Tent and Homecoming Marketplace, and explored 130 years of Gordon’s history through photo and artifact exhibits in Jenks Library.

Kids also had their choice of activities, from learning how to row on Coy Pond with the Men’s and Women’s Rowing teams, to enjoying a Peter Rabbit scavenger hunt, to making paint prints with vegetables at Newroz Garden. 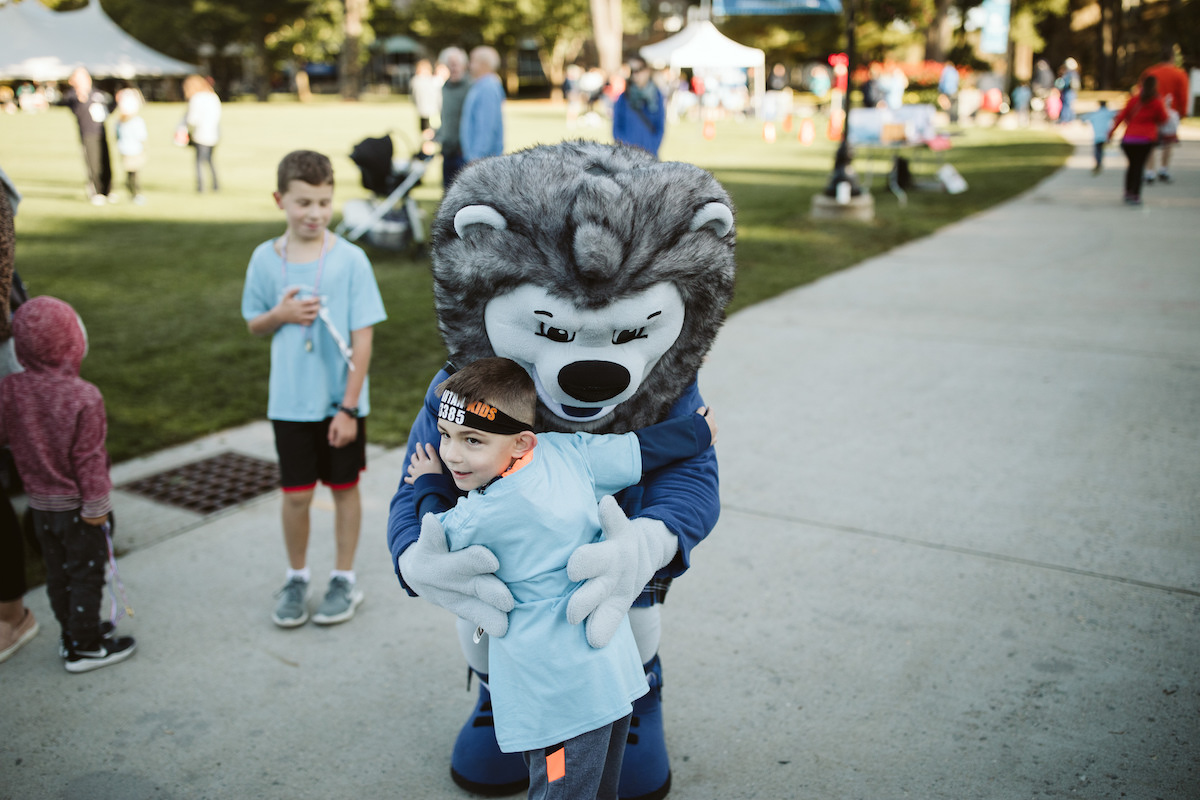 Over the weekend, several notable individuals visited campus and were recognized for their leadership. Matt Doll, director of Gordon in Orvieto, shared about his exhibit Night, Desert, Garden, which is up in the on-campus art gallery through December 12. Ian Morgan Cron, renowned Enneagram expert and author, led a workshop about the nine Enneagram types. And many alumni and members of the Gordon community were recognized for their commitment to leadership and service. Among the 2019 Homecoming honorees, were Gloria Nelund, who accepted the George F. Bennett Leadership Award, and Paul Helgesen, who accepted the Lifetime Achievement Award.

Saturday evening, as alumni filtered off to attend their reunions and tired families piled back into their cars, the chapel remained lit with a quiet ceremony dedicating new boats for Men’s and Women’s Rowing, purchased for the College by an anonymous donor. Members of Gordon’s Rowing teams shared about their humble beginnings, God-given victories and dreams for the future. As they read scripture and christened their new boats, Gordon’s weekend of festivities ended, celebrating a season of abundant blessings and hope for the future.