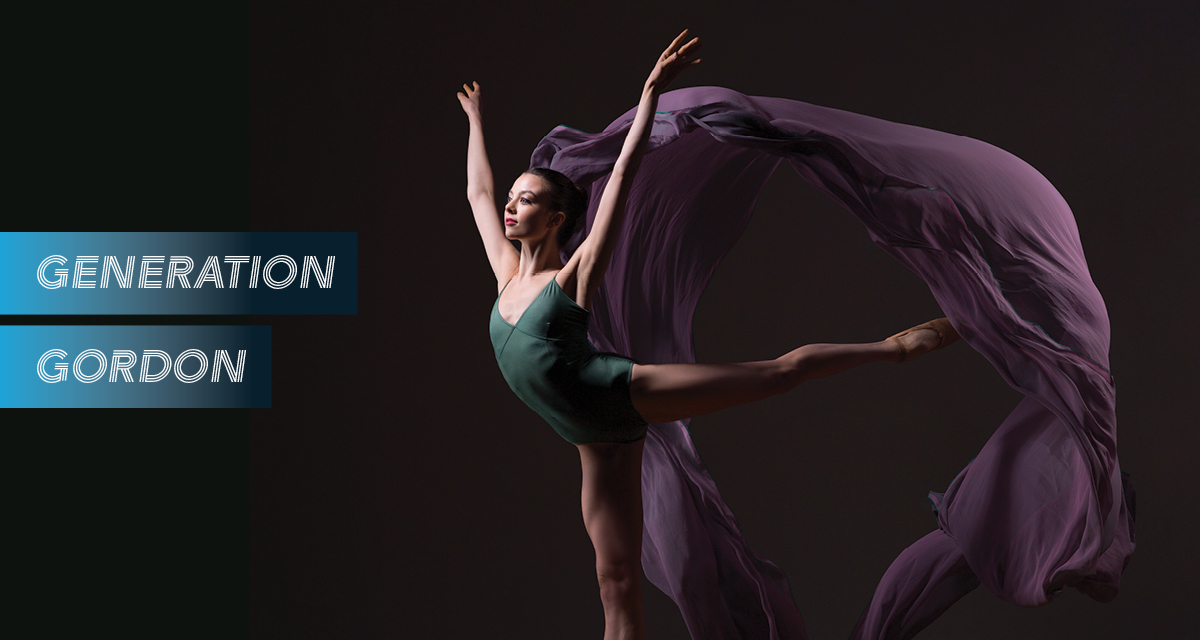 Madison Mercadante ’23 lived in a world of tulle tutus, pink satin pointe shoes and the glow of the spotlight. At age 18, she was immersed in the idealized career of a ballerina that lures young dancers from their very first trip to The Nutcracker. But for Mercadante, life as a professional ballerina soon became more agonizing than enchanting.

“People realize that ballet is so beautiful and know that you have to work really hard, but I actually worked harder than people know,” says Mercadante. “It’s not just the dancing aspect; I spent hours sewing my pointe shoes, washing my tights and leotards, and mending costumes to fit.”

And dancing full-time in the Chevalier Ballet didn’t cut it for a New York City budget. When she wasn’t stretching or icing her blistered feet, Mercadante earned a living by babysitting and waiting tables on the side.

Even after landing a contract with the professional company in her late teens, she needed to ensure her future in a tumultuous industry. Contracts are only given on a year-to-year basis, so Mercadante spent many anxiety-inducing weekends traveling as far as London to audition for other companies. An open spot meant someone in the company was fired, injured or retired. “People are hoping that you fail,” she says. The physically demanding routine—not to mention the mental pressure—was unsustainable.

“My body couldn’t handle it after a while,” she says. “Some days were so hard that I wished something happened to me, so I had to stop.”

After making the bittersweet decision to depart from the industry, Mercadante took back the reins on her physical and mental health. It was time to fulfill a promise she’d made to her mother before chasing her ballet dreams: someday she would go to back to school. And because Mercadante’s Christian faith had been her refuge during years of chaos, she was sure it would be a Christian school.

“There were days where I’d be sitting in church and would start crying,” she says. “Being out of the chaos of the week, it felt so good to be in God’s presence and be reminded that he’s always there and would carry me through what I was dealing with.”

← The Secret Life of Bee. . . Researchers
When Opposites Attract →