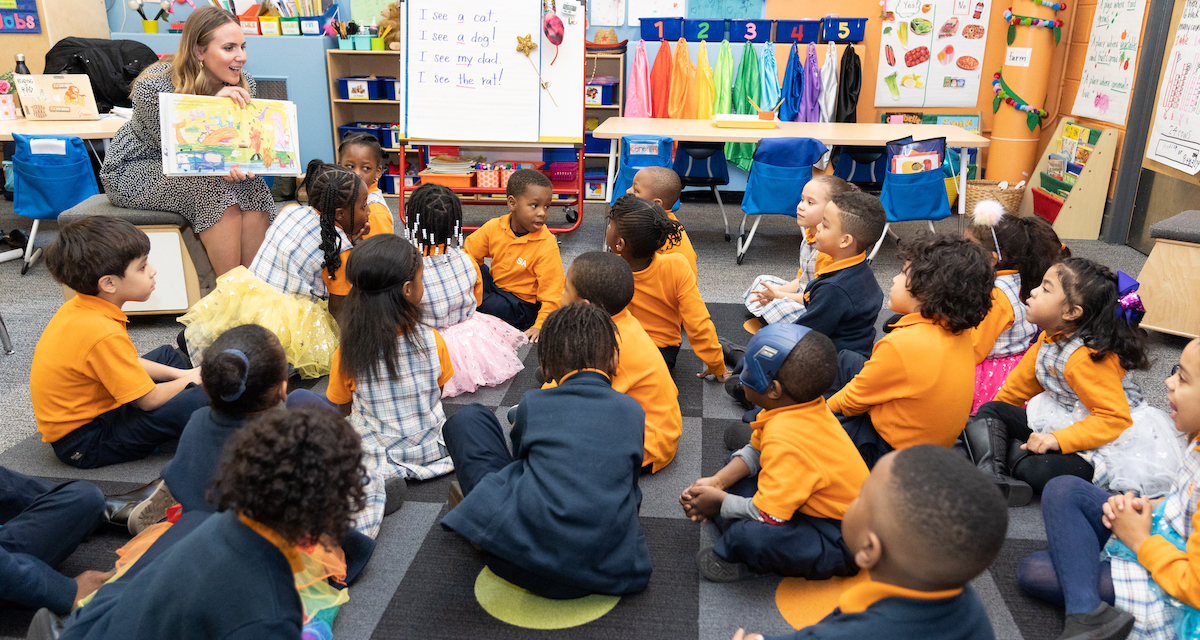 Every day, Jessica (Harper) Cochran ’18 and Aleah Tarnoviski ’12 enter their respective classrooms with a goal to expand students’ horizons. In recognition of their mission-driven work in underserved populations, they are the first two recipients of Gordon’s Margaret C. Wright Memorial Award. As Gordon marks the conclusion of Faith Rising and campaign milestones along the way, the College celebrated Cochran as the inaugural recipient, and announces Tarnoviski as the recipient of the 2021 Wright Award.

Launched in fall 2019, the award honors Margaret Wright ’17 (early childhood education and English as a second language), her legacy as a Christ-follower and passion as a young kindergarten teacher at the Cornerstone Schools of Washington, D.C. Because Wright lived out her faith as she sought to educate all children to reach their potential no matter where she was teaching, the Wright Award yearly recognizes the work of Gordon alumni who likewise strive to live out their faith in Jesus while teaching in underserved communities. The award provides $10,000 to the recipient and $10,000 to their school of employment.

Get to know Cochran and Tarnoviski and the motivation behind their work:

When Cochran graduated from Gordon and moved to Pennsylvania, she was unsure of where a career in education would take her. But the moment she stepped into Pittsburgh Urban Christian School (PUCS) for an interview, she felt a magnetizing pull toward its faith-filled environment. Working at a daycare during high school she became “drawn to communities that [are] vulnerable, seeing how kids are so easily impacted either positively or negatively.”

At PUCS, grants and financial aid make it possible for children in the financially burdened borough of Wilkinsburg to receive a high-quality, Christian education. In the whirlwind of her first few years teaching, Cochran says she is constantly encouraged to be at a Christian school where she can speak openly about her faith. “I think Christian educators especially can provide a source of hope to students,” she says, “letting them know they have a heavenly father who sees them and loves them.”

Cochran aims to create a safe and welcoming environment for the students, who come from widely diverse backgrounds. One of her primary goals is to stock the classrooms’ bookshelves with literature that represents their diversity, which she sees transform students who were previously shy or uninterested in reading. Cochran and PUGS aim to continue gathering representative literature for all their classrooms with funding through the Wright Award, in addition to helping facilitate trauma-informed care and providing lunches at the school.

In the city with arguably the most opportunities in the United States, many of Tarnoviski’s students have never ventured beyond their own neighborhood. Because of difficult educational and financial circumstances, Tarnoviski says children in underserved areas often experience educational inequity. Students lack access to good schools that will expose them to the arts, science, and academic rigor. When Tarnoviski learned about this reality while studying education at Gordon, she became determined to be part of the solution.

Consulting her professors, especially Priscilla Nelson, Richard F. Gross Endowed Professor in Education, Tarnoviski identified charter schools as the place to carry out her goal. Privately run, yet accessible to the public, charter schools represented the kind of educational environment that Tarnoviski was looking for. “Ultimately charter schools exist to be an option for families who don’t have other options,” she says. “I want to be at a place that is working for those kids and those families to provide them with a level playing field.”

Right after graduating from Gordon she moved to New York City to work at Success Academy Charter Schools, a rapidly growing network currently serving over 14,000 students with elementary, middle and high schools in nearly every borough. They aim to provide a world-class education that is free for anyone who wants to attend. And the students are thriving. Each day they enjoy arts and sports—including soccer and chess teams that compete nationally. When Tarnoviski taught third grade at a Bronx location, her class’s math test scores were the second highest in the state. “It just shows what kids are capable of when they’re given a chance.”

Like Cochran, Tarnoviski and Success Academy plan to purchase diverse literature with funding from the Wright Award. They also plan to plant a community garden and fund trips to explore all New York City has to offer, like the Bronx Zoo, Metropolitan Museum of Art and Broadway shows. “Once they’re given a chance, the students soar and the families are changed by these opportunities.”