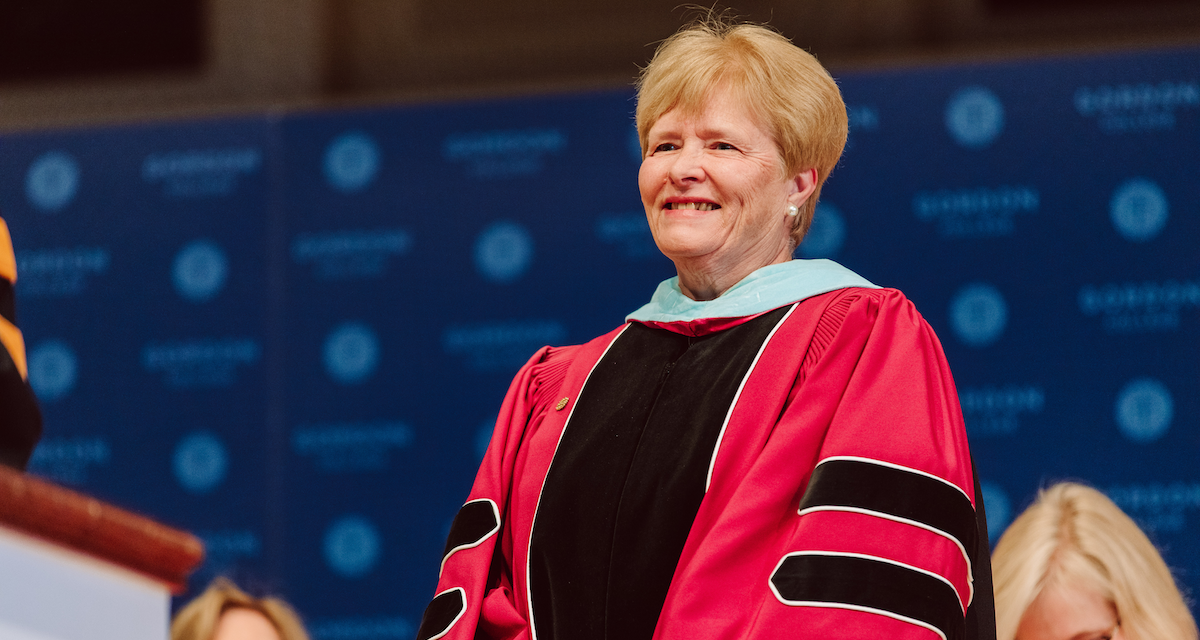 Just over one month since Gordon College unveiled Faith Rising: The Campaign for Gordon College, the school today announced another milestone in the $130 million campaign focused on meeting the evolving and dynamic needs of current and future students around affordability, academics and community.

“Education continues to be one of Gordon’s strongest programs, and the educators we graduate are consistently recognized for the level of professional quality and personal care they bring to their schools and classrooms,” said D. Michael Lindsay, president of Gordon College. “We are proud to announce these three initiatives which will continue to demonstrate our serious commitment to students—those pursuing degrees at Gordon and those whom our graduates serve.”

The Gordon College School of Education will be effective as of January 15, 2020, gathering existing undergraduate and graduate offerings in education under a single administrative roof. Janet Arndt, who currently serves as Gordon’s director of the graduate program in education, associate professor of education and licensure officer, will be the dean of the School of Education. The College also introduced the inaugural Richard F. Gross Endowed Professorship in Education, to be held by Priscilla Nelson, current associate professor of education and chair of elementary education.

Gordon’s education department is nationally recognized for producing teachers who are classroom-ready upon graduation. The undergraduate elementary program is ranked 14th and the secondary education program is ranked 32nd in the nation out of 2,400 elementary, secondary and special education programs included in the National Council on Teacher Quality’s (NCTQ) second edition of the Teacher Prep Review. Gordon is one of only 17 educational institutions in the country—and the only school in Massachusetts—to have both elementary and secondary programs on the Top Ranked lists. Additionally, Gordon is one of 26 colleges and universities in the country that holds accreditation by the International Dyslexia Association for its reading program.

“Gordon has solidified its reputation for developing high-quality educators that meet the needs of today’s students,” said Arndt. “The Gordon College School of Education will better allow us to prepare teachers who are knowledgeable in their content areas, well informed about research-based curriculum and instructional practices, and grounded in Gordon’s educational mission of compassion and servant leadership.”

Additionally, recognizing the growing needs of educating underserved communities, Gordon announced the Margaret C. Wright Memorial Alumni Award. The award is in honor of Gordon alumna Margaret Wright, who graduated in 2017 with a dual licensure in Early Childhood and English as a Second Language. The award honors her legacy and passion as a young kindergarten teacher at the Cornerstone Schools of Washington, D.C. The Wright Alumni Award will recognize the work of a Gordon graduate who teaches among underserved populations, providing $10,000 to the alum and $10,000 to the school where he or she teaches. Applications are now being accepted with the inaugural Award to be given during Gordon’s Homecoming Awards in Fall of 2020.

The Faith Rising campaign, which began three years ago with a quiet phase, was publicly launched October 4 during Gordon’s Homecoming Weekend with the announcement of a $75.5 million gift from an anonymous donor, representing the largest donation in the College’s history. The completion of Faith Rising over the next two years will strengthen Gordon’s future by increasing scholarships to make a Gordon education more accessible and affordable, intensifying the connections between academic theory and real-world experience for both students and faculty, and strengthening Christian community within a world-class educational experience.