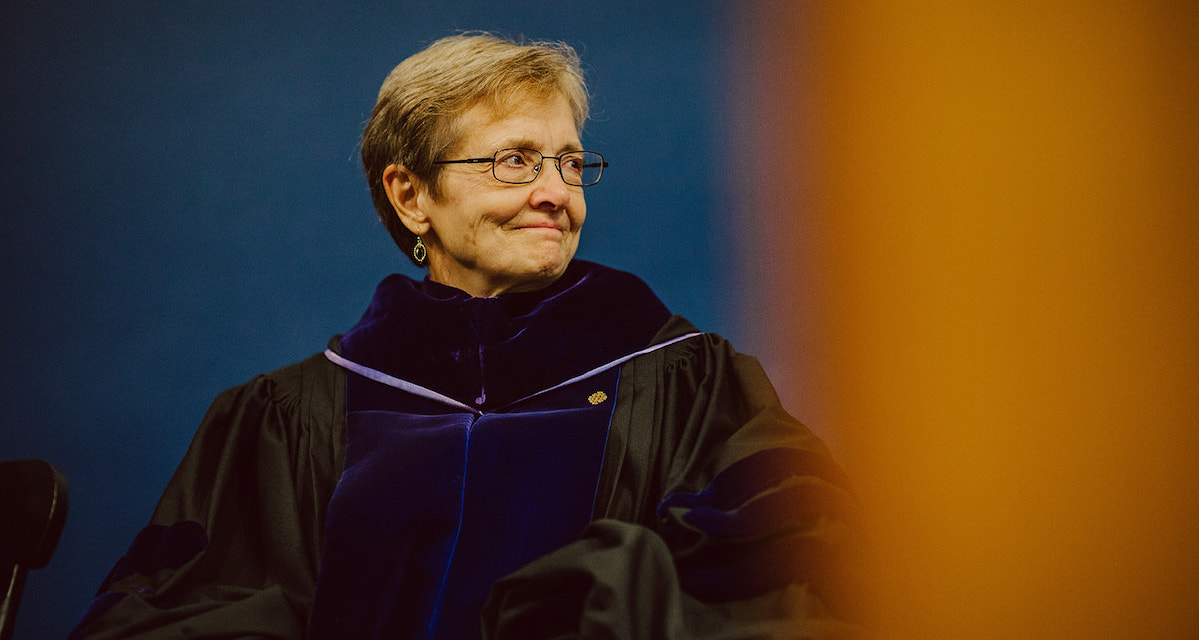 How Small Details Have Major Meaning in the Book of Job

When Dr. Elaine Phillips visits Israel, she marvels at the surrounding sites—not just the physical features like tombstones and city streets, but the topographical and ecological views as well.

TheHarold John Ockenga Professor Emeritus of Biblical and Theological Studies is captivated by physical theology: the lessons of Scripture that are “written on the land.” Phillips took time to unpack the physical theology in the Book of Job during the Tak Yan Lee Lecture hosted by the Center for Faith and Inquiry on February 10.

To Phillips, understanding the land within the story reveals the boundlessness of God and sheds another layer of light on the context of Scripture. “All of creation is his cosmic temple,” she says. After hearing Phillips’ lecture, The Bell summarized four of her angles for interpreting the Book of Job:

From a geographical standpoint. Raids from the south, massive thunderstorms from the west, Chaldeans coming from the east to steal Job’s camels and snow in the northern city of Edom where Job likely resided—he was surrounded by chaos.

He lived in a region marked by lucrative spice trade, yet “there were disasters from four points on the compass,” says Phillips. Understanding the breadth of disruption shows just how much stress Job was under.

From a climatic standpoint. Weather metaphors in the book of Job serve a deeper purpose than setting the scene. In an area marked by dry summers and treasured wet seasons, Phillips says mentioning rain and clouds “packs a lot of punch.”

Job 27:21 says, “The east wind carries him off, and he is gone; it sweeps him out of place.” According to Phillips, the east wind was scorching and dry, and it often was an ominous sign of judgment in ancient literature.

Each metaphor throughout the Book, like “life vanishes just as clouds do” (Job 7:19) and “unfaithful friends are like streams that vanish in the hot and dry season” (Job 6:15–17), symbolize intense lamentations from a struggling man.

From a geo-ecological perspective. Owning land within a transient community meant power and status, Phillips suggests. She says the likely extent of his wealth and power indicate that “Job’s economic catastrophe was comprehensive.”

From a biological perspective. The Book emphasizes wild ecology, especially in chapter 39. Phillips suggests that wildness is a part of God’s “tour” throughout the story.

“God has given Job an invitation to know God himself,” says Phillips—the God who is brilliant, radiant and omnipresent; “In control of things on the margins, and those that are wild and beyond.”