This is the third in a series of seven articles featuring the research conducted by faculty members on sabbatical during the fall 2018 semester. A shorter version of this article originally appeared in the spring 2019 issue of… Read More

Posted on February 7, 2018 by collegecomm 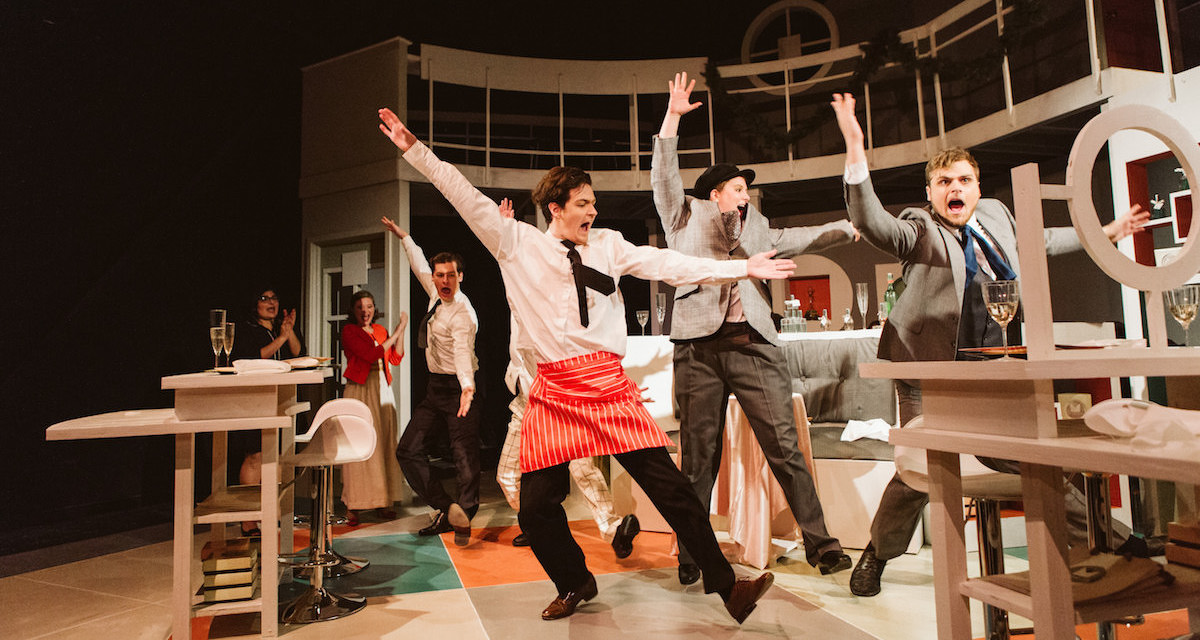 Gordon’s Black Box Theatre has undergone countless transformations in its time. Most recently, it became a 1930s perfumery for the Theatre Arts Department’s production of She Loves Me, January 25 through February 3.

The Gordon College Department of Theatre Arts presents their winter musical She Loves Me, a heart warming story about two feuding perfume clerks each searching for love. Directed by Jeffrey S. Miller, with musical direction by Jess Modaff. She Loves Me runs Jan. 25-27, 30-31, Feb. 1-3. Tickets www.gordon.edu/tickets

Comedy in the City

Posted on December 8, 2017 by collegecomm

Thinking on the spot is Ryan Cannister’s forte. Having spent the past two years in Gordon’s Sweaty-Toothed Madmen comedy troupe, Ryan ’19 is well-versed in the art of improvising. “I’m drawn to improv because it’s new every time,”… Read More